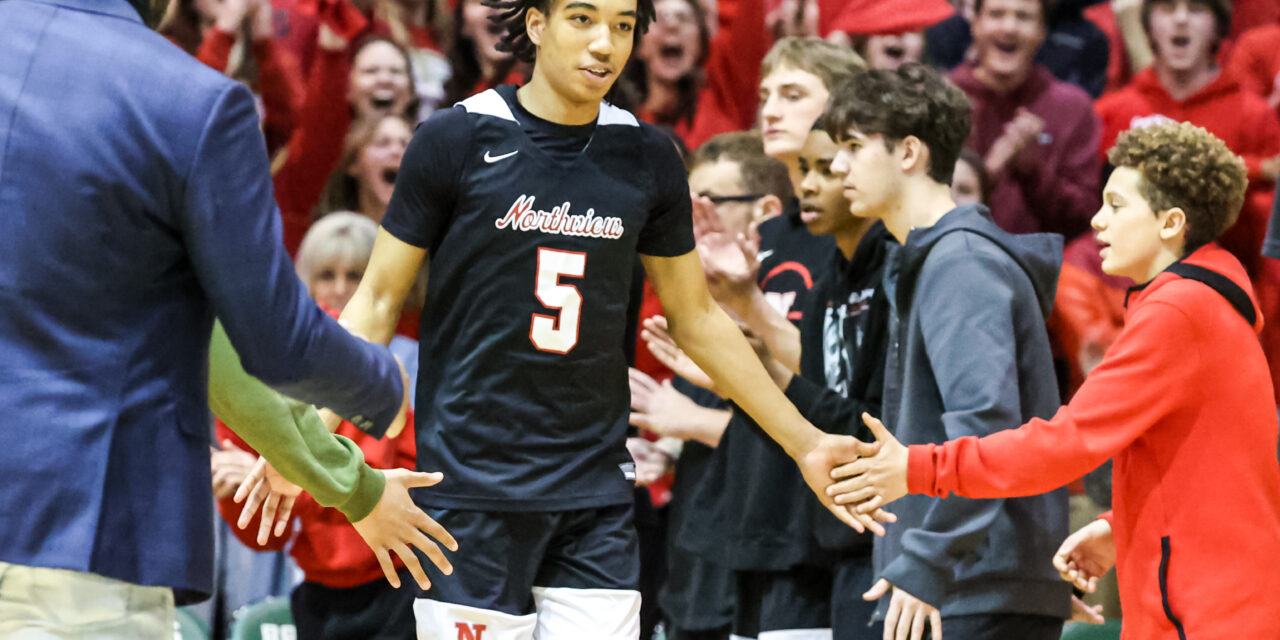 Northview 68 Muskegon 55: The Wildcats and Big Reds battled throughout the evening on Monday night. Northview led by 14 after the third quarter, and extended their lead to sixteen points early in the final frame. Muskegon put together an 11-0 run to trim the Northview lead to five with 4 minutes to go, before the Wildcats finished on a 15-5 run to seal the victory. Kyler Vanderjagt (18), Jalen Charity (16), Tyran Thomas (15) and EJ Ryans (12) were in double figures for Northview. Jordan Briggs (27) and Maurice Sain (11) were in double figures for Muskegon.

West Ottawa 68 Wyoming 60: The Wolves and Panthers battled back and forth all night long, with the Wolves leading 47-45 after the third frame. WO started with an 8-0 run to jump ahead, and the Wolves would never get back within closer than two. The victorious Panthers buried their free throws to advance. Brady Bosma led WO with 27 points, while Colin Shriver (17) and Reid Reimink (11) were also in double figures. In defeat, Jaleil Holt led Wyoming with 21 points.

Freeland 55 Alma 52: The Falcons preserved their undefeated season with an overtime thriller against the host Panthers. At the end of regulation, the Panthers’ Sam Leppien dunked it home just before the buzzer to force the extra period. A big basket in overtime by Josh Elliot helped Freeland secure the victory.

Flint Hamady 66 Saginaw 63: Jakobie Boose had his postseason moment in the regional semifinals on Monday night. The sophomore drained a three-pointer in the closing seconds to lift the Hawks to the Regional title game.

Whitehall 61 Sparta 52: The Vikings advance to the regional finals with a victory over the Spartans. Brodie Fogus had a big game with 20 points and 9 rebounds. Camden Thompson added 17 points and 14 rebounds, while Red Watson had 13 points. Jax Wilson (21) and Sam Whitmore (11) were in double figures for the Spartans.

Ravenna 43 North Muskegon 40: The battle of WMC foes went down to the wire on Monday night. Free throws proved to be the difference in this game. Ravenna was 12/18 from the charity stripe, while the Norsemen attempted no free throws. Kyle Beebe (16) and Clay Schullo (13) led Ravenna offensively. Brandon Rypstra (10) and Troy McManus (8) paced North Muskegon.

Pewamo Westphalia 69 Calvin Christian 66: The Squires fell behind by sixteen points in the second half, before they roared back to take a three-point lead late in regulation. Jamison Eklund hit a three in the closing seconds to allow PW to play an extra period with the score even at 57. The Pirates jumped ahead and held on in the extra frame to punch their ticket to the finals.

Schoolcraft 57 Lawton 52: The Eagles and Blue Devils played a back-and-forth regional semifinal that saw Lawton trail by a single point in the final minute. In the end, Schoolcraft was able to hold on and advance to the title game. Jake Rueff (17), Cooper Geib (13) and Luke Leighton (11) were in double figures for Lawton.

Tri-Unity 53 Muskegon Heights 44: The Defenders advanced past the Tigers in a regional semifinal on Monday. Brady Titus once again led the scoring efforts with a 19-point game. Ethan Eerdmans (11), Owen Rosendall (6) and Aiden Deklyen (6) posted significant contributions as well for the victors. 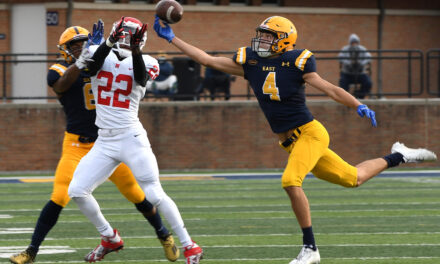