The Indians had five different players make a trip to the endzone in the victory over the Tigers. Jace Silverthorn did his usual, and put up 309 all-purpose yards and had 3 touchdowns. Landyn McGowen had 2 scores. Lloyd Sebright-Johnson would find himself crossing the goal line, as well as Carlos Brown. The only passing score came for Mason Ruether finding Nate Compeau for the score.

On the defensive side of the ball, White Cloud had 16 different players bring a Tiger ball carrier to the ground. Sebright-Johnson led the way with 15 takedowns and half a sack. Brown picked up 11 tackles, a sack, and a blocked punt. Silverthorn had 10 tackles and a half sack. McGowen found his way into the backfield multiple times as he had 3.5 sacks and 9 tackles. Zane Kukal found himself taking down 6 and getting 1.5 sacks. Jason Ruehter had 5 tackles, a half sack, and a fumble recovery.

The Tigers of Muskegon Heights were in this game, trailing by just a point at the half. Things just unraveled in the second half.

Muskegon Heights falls to 0-6. The Tigers will travel to Muskegon Catholic Central next week. White Cloud moves to 4-2. They will host Morley-Stanwood in an important CSAA Silver matchup in week seven. 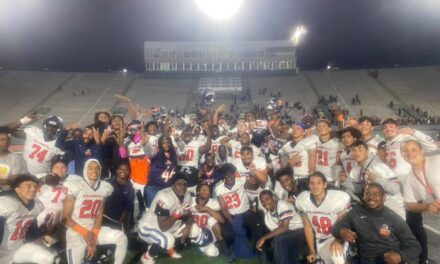