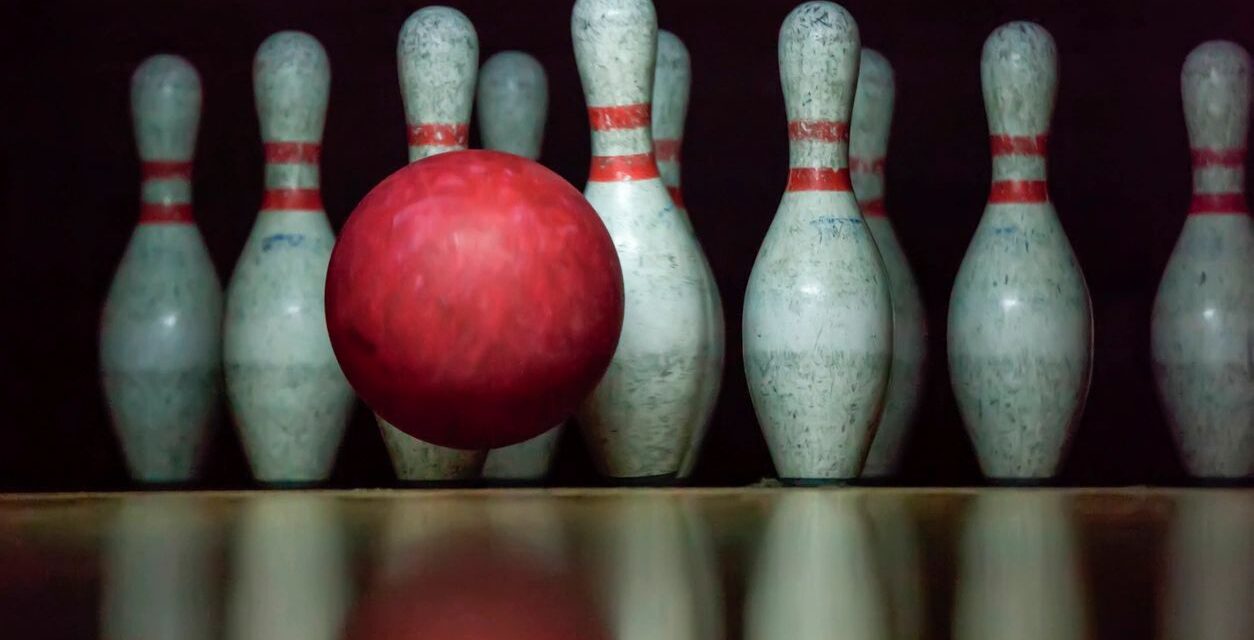 The MHSAA Bowling season rolls along with another jam-packed week of action. Highlights from the MSR coverage area can be found below:

Allendale 22 Coopersville 8: The Falcons secured an OK Blue victory over the Broncos. It was a sweep in the Bakers for Allendale, and they edged out Coopersville in the individual games.

Allendale 15 Zeeland 15: The Falcons and Zeeland came to an even draw on the lanes. It was an extremely competitive game that saw Alex Vogt and Nick Woodman pace Zeeland.

Birch Run 19 Frankenmuth 11: The Panthers defeated the ‘Muth thanks to a 10-0 sweep in the Bakers. In the individual games, the teams were nearly even, but they could not overcome the deficit.

Kalamazoo Central 20 Otsego 10: The score was misleading in this narrow win by the Maroon Giants. In the final game, it came down to the last frame. Otsego’s bowler hit a clutch pocket shot, posting a split. K Central responded with a spare that earned the individual point, and narrowly gave the Maroon Giants the series as well. This frame swung the match from a 16-15 Otsego win on tiebreak to a 20-10 K Central victory.

Marshall 22 Hastings 8: The Redhawks defeated the Saxons in an Interstate 8 battle. Miles Lipsey (215) and Cam Eaton (189) scored victories with high scores for the Saxons.

Northview 21 East Grand Rapids 9: The Northview team took down the Pioneers in an OK White battle. It was 6-4 Wildcats after the Bakers, and they kept their momentum in the individual games, edging EGR by just 60 pins.

Orchard View 29 Fremont 1: The Cardinals nearly swept the Packers in this one. Andrew Lyon and Gave VanVleet paced Fremont with 155 games.

Three Rivers 20 Sturgis 10: The Trojans got past 1000 pins for the first time this year, but a Baker Sweep proved to be too much for Sturgis to overcome. Christian Quirin (241) and Blake Adamski (227) led the way for Sturgis. Sully Zietlow (242-206) paced Three Rivers.

Zeeland 29 Mona Shores 1: The co-op Zeeland crew nearly swept the Sailors. Alex Vogt (233), Nick Woodman (211) and Noah Vandervelde (201) led the way for the Dux. Trevor Blackburn added a 194 for Zeeland in his first ever match.

Alma 21 Frankenmuth 9: The Panthers defeated the Eagles in TVC action. It was a split in the Bakers that allowed Alma to take a 6-4 lead. Alma’s roll continued into the individual games. Frankenmuth was led by Jozie Felske who bowled a 130.

Birch Run 23 Frankenmuth 7: The second match at Alert Lanes on Saturday saw the ‘Muth lose to Birch Run. Similar to the Alma match, Frankenmuth split the Bakers and found themselves down 6-4. The individual game woes continued. Hannah Brown (153) and Jozie Felske (133) led the Eagles.

Fremont 26 Orchard View 4: The Packers defeated the Cardinals at Northway Lanes. A sweep in the Bakers set them up for success. Sophia Romine set a new personal best 197, while Makayla Johnson added a 148.

Lowell 30 East Grand Rapids 0: The Red Arrows took down a short-handed EGR squad that only started three bowlers. This allowed them to complete a sweep.

Northview 20 East Grand Rapids 10: The Wildcats doubled up the Pioneers on the scoreboard in this match. It was 6-4 Pioneers after the Bakers, but Northview rallied. Erin Fennema (132-112) and Courtney Delaney (160-159) led the Wildcats. EGR was paced by Avery Bishop (15) and Keely Tyrer (112).

Otsego 30 Kalamazoo Central 0: The Bulldogs cruised past K Central. Wybie Burke led the way with a 146 for Otsego.

Sturgis 23 Edwardsburg 7: The Trojans led just 6-4 after the Bakers, but their stellar play in individual games carried them to victory. Maddison Bailey (166), Lydia Boland (152) and Kortnie Matz (144) led Sturgis. The Eddies saw a team-high from Kayla Tweedy (143-127).

Sturgis at the Troy High Tri-County Invitational: The Trojans were one of just three non-Division 1 teams at the talented event. The boys averaged 181 on the day, but they were just 25 pins short of advancing to the bracket play. The ladies posted a 142 average, which placed them in the bracket in 15th place.