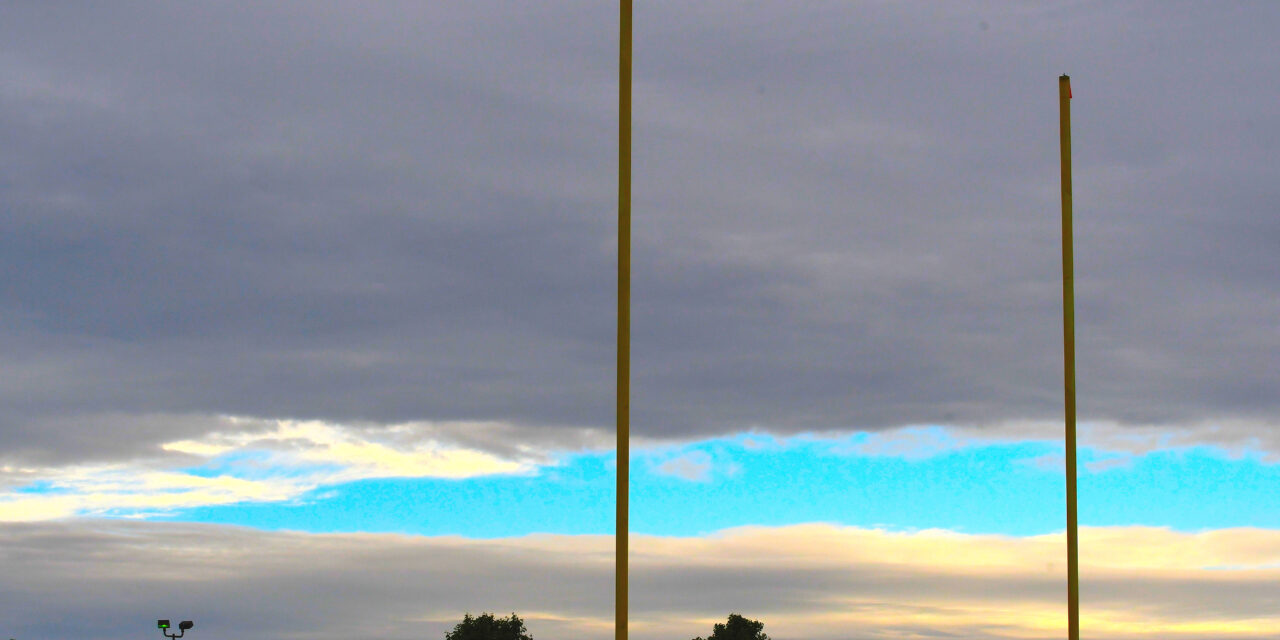 The MHSAA football regular season enters its back-third on Friday. Conference championships and playoff aspirations are up for grabs over these next three weeks. At Michigan Sports Radio, we have numerous games on the docket, broadcasted LIVE on Friday night.

The driver’s seat in the OK Red is up for grabs, as the Fighting Scots battle the Rams. Both teams enter with 6-0 overall marks and 4-0 OK Red records. Caledonia has played better defense, allowing just 72 points in six games, while Rockford’s offense has averaged 42.2. The Fighting Scots are no slouch offensively, with a bunch that averages 37 points per contest. Mason McKenzie and Zak Ahern are two of the most prolific scoring quarterbacks in the area. Rockford has won six in a row against Caledonia, including all five OK Red matchups. The last time Caledonia won in this series was 2014, a 42-7 thrashing of the Rams.

The Grandville Bulldogs have reeled off consecutive wins to even their record at 3-3. This week, they look to get above .500 with a victory against East Kentwood. The Falcons, 1-5 on the year, have struggled to score the football. In six games, EK has scored just 59 points, with 37 coming in their win over West Ottawa. Grandville has won both of the last two seasons, including 54-42 last year.

First place in the OK Blue is up for grabs, as West Catholic faces Unity Christian. The ‘Saders offense is dynamic, led by Cam and Drew Chandler. Unity has tallied up 330 points in 6 games, while allowing just 80. West Catholic can also score, as Tim Kloska spearheads an offense that has racked up 249 points. This is the seventh all-time meeting, with the series deadlocked at 3. Last fall, Unity Christian won 39-21.

Coopersville and Spring Lake each suffered their first loss last week, falling to West Catholic and Unity Christian respectively. This week, they will battle to avoid a two-game slide. Coopersville had a strong lead in their game against West Catholic, squandering a 17-point edge. Spring Lake battled tough, but couldn’t keep up with Unity’s scoring pace. Last year, Spring Lake cruised to a 33-6 win.

The Grand Rapids Catholic Central Cougars have made a smooth transition at quarterback to John Passinault. He leads the team and their 29-game winning streak into a OK Gold battle with Middleville. The Trojans are 1-5, with a win two weeks ago against Kenowa Hills. Last year’s 50-7 win for GRCC was their eighth in nine tries in the series. Middleville’s lone win came in 2010.

The South Christian Sailors will take their two-game win streak into Friday’s game with Forest Hills Eastern. The Hawks’ victory over Ottawa Hills moved the team to 3-3 on the year, with defeats against West Catholic, Catholic Central and Cedar Springs, three of the area’s best teams. This has been a one-sided series, with South Christian winning 9 of 11, including 35-12 last year.

East Grand Rapids suffered a tough loss last week against Lowell, sliding to a 1-5 record for the first time since 1969. They look to rebound in their league contest against Greenville. The ‘Jackets have lost fifteen straight games dating back to 2019. Greenville has played just one game within two touchdowns this year, a sixteen-point loss to Allendale. East Grand Rapids has dominated this series, winning all 10 previous matchups.

The Wildcats are 4-2, and they are thinking about the postseason as they enter the back-third of their schedule. Up next is the Lowell Red Arrows, who snapped a losing skid with their 24-7 victory against rival East Grand Rapids. Lowell defeated Northview 27-6 last season, their second straight victory and their 25th in 34 games against the Wildcats.

The Newaygo Lions took a tough defeat in the annual M-37 rivalry game last week, falling 12-7 against Grant. This defeat pushed Newaygo to 1-5 on the season. The schedule gets tougher this Friday, as Reed City is on tap. The Coyotes are the top team in the CSAA Gold, maintaining a 5-0 league record. In 2020, the matchup was a shootout. Reed City ran to a 70-40 shootout against the Lions, the most points Newaygo had yielded since 1999.

The Tri-County Vikings have a slim chance left at the CSAA Gold title, though they need some help in the final two weeks. Their journey to stay alive continues against Central Montcalm, a team that they split a pair of meetings with last year. Central Montcalm won 7-0 in a regular season grind, before the Vikings upset Central Montcalm 33-7 in the playoffs.

The Freeland Falcons have continued to impress, outside of their hiccup against Frankenmuth. Now 5-1 on the season, Freeland will take on Swan Valley in their latest TVC-Central contest. After an 0-3 start against Cedar Springs, Frankenmuth and Garber, Swan Valley has taken down three straight opponents in league play. Freeland edged out a 21-14 game last fall, which snapped a 4-game Vikings win streak. 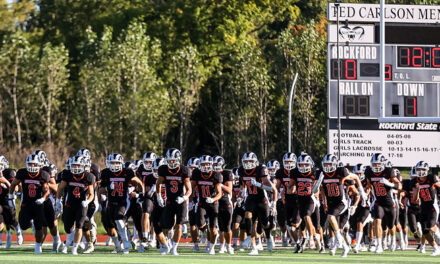 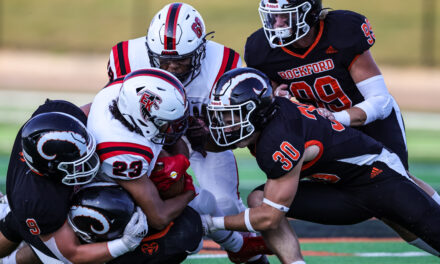