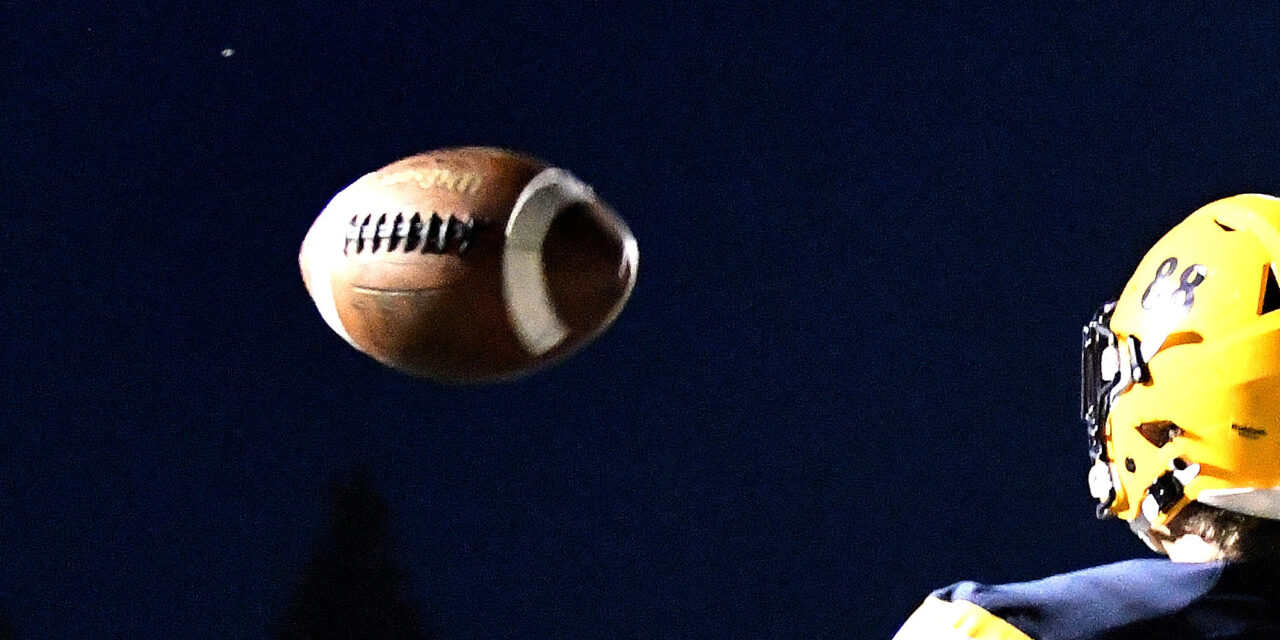 The sixth week of the high school football is here. A preview of the games broadcasting LIVE on Michigan Sports Radio this weekend. In addition to the games below, we will have over 30 game recaps of other games around the website.

The Rockford Rams continue their undefeated campaign with an OK Red battle against Jenison. Rockford’s last two games have been close, winning by a touchdown in triple overtime and holding off Hudsonville in a five-point victory. Jenison, meanwhile, has lost two of their three OK Red games in heartbreaking fashion. They failed to convert a two-point try against Grand Haven, and they yielded a conversion late against Hudsonville. Last year, Rockford won 16-13 in overtime.

The Falcons and Eagles will battle in an OK Red showdown on Friday. East Kentwood won their first game last week, taking down West Ottawa 37-20. Hudsonville is currently 2-3, after their tough loss to Rockford. The Eagles have lost to three tough foes in Saline, Orchard Lake St Mary’s and the Rams. Last fall, these teams met twice. Hudsonville won 21-13 in the regular season and 52-14 in the playoffs.

The OK Blue is split in half after three weeks of play. The league’s top four teams are a perfect 3-0, while its bottom half holds an 0-3 league mark. On Friday night, this will change as 3-0 Coopersville and 3-0 West Catholic square off. The Broncos have been a surprise through five weeks, with their strong defensive play (allowing just twelve points per game). They face a tall task in West Catholic, as the Falcons and star running back Tim Kloska (19 rushing touchdowns) have tallied 221 points in five contests. This has been a one-sided series, with West Catholic winning 11 of 12 all-time meetings, including a 36-13 game in last year’s season opener.

The Grand Rapids Catholic Central Cougars enter Friday’s game with a 28-game winning streak. Their opponent, the Wayland Wildcats, are 0-5 so far this year. Wayland’s offense has improved the last three weeks, averaging 20 points, but their defense has struggled this fall. This could prove troublesome for Wayland, as the Cougars’ offense has scored 42.8 points per game. Last year’s 44-7 win by GRCC moved the all-time series to 7-1 in favor of the Cougars.

The South Christian Sailors returned to the win column last week against Wayland, their offense exploding for a season-high 62 points. This week, they will take on Kenowa Hills, who is coming off a tough 34-14 loss to Middleville. Last fall, the Sailors won 25-15. South Christian is Kenowa Hills’ most frequent opponent in the history of their program, with Friday’s game set to be their 35th. South Christian holds a 19-14-1 series lead.

The Northview Wildcats will look to shake off a frustrating loss to Byron Center, as they face Greenville. The ‘Jackets have been reeling this fall, as their 0-4 start has extended their losing streak to 14 games. Northview has won three straight in this series.

The annual rivalry game between East Grand Rapids and Lowell appears to have lost some luster on paper, but three will be no shortage of love lost on the gridiron Friday. This year, both teams enter with 1-4 records. Lowell’s offense has struggled, scoring just four touchdowns in five games. Both teams struggled to finish games last week, blowing first-half leads to suffer frustrating conference defeats.

The Central Montcalm Hornets and Reed City Coyotes are battling in a game that is pivotal in the CSAA Gold race. Reed City currently sits atop the league at 4-0, while the Hornets are in a three-team tie for second at 3-1. Central Montcalm’s last win against the Coyotes came in 2010, as Reed City has swept the last ten meetings. Last fall, it was 36-20.

The Vikings, one of the three CSAA Gold teams tied for second place, will look to stay on pace with a game against Fremont. In five games this year, the Packers are winless, outscored 75-153. Last week, Fremont was in their closest game, a 20-14 loss to Grant. Tri-County was also in a tight battle a week ago, edging Newaygo 22-14. In 2020, Tri-County won 20-12, their fifth straight victory in the series.

The M-37 Rivalry is up for grabs this week, as the Lions and the Tigers will square off. Last year’s edition of the game was cancelled, as Grant forfeited due to COVID issues. Newaygo is 1-4 on the year, with a win over Fremont and two losses by a touchdown or less. Grant, meanwhile, is 2-3 with a forfeit win over Chippewa Hills and a 20-14 victory against Fremont.

The Falcons took their first defeat on Friday night, falling to an extremely talented Frankenmuth team. This week, they will look to bounce back against the Bobcats. John Glenn is 3-2 on the year, and they are coming off a 34-0 shutout of Bridgeport. Freeland defeated John Glenn 35-14 in last year’s regular season finale. 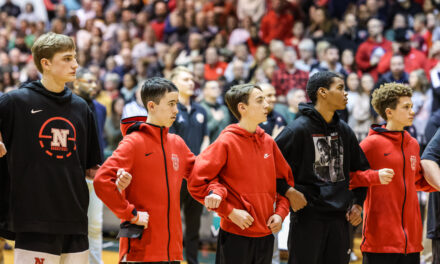