Spring Lake Delivers a Statement Victory over the Chix 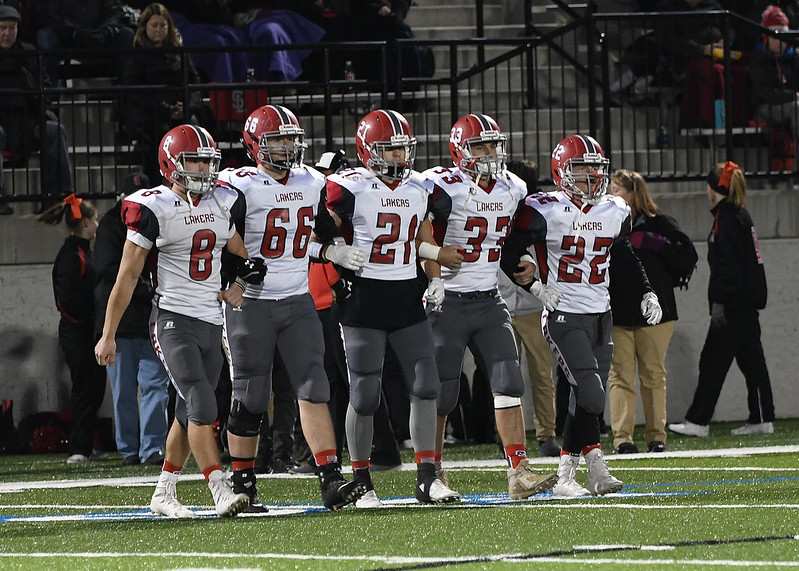 The Spring Lake Lakers didn’t get to play in the first week of the season, as their originally scheduled opponent (Orchard View) cancelled their season. After the seven extra days of waiting, Spring Lake finally announced to the world that they are a force to be reckoned with in the OK Blue. They blitzed Zeeland East, racing out to a huge lead on their way to a 56-21 victory.

On just their second play from scrimmage, Spring Lake struck it big. Christian Folkert darted through the Chix’ defense, and he ran 58 yards for a touchdown. The Lakers followed that drive up with a 5-play, 96-yard march to the end zone. Folkert found the endzone a second time, this one a 5-yard score. As the opening frame drew to a close, Folkert completed the hat trick, as he reeled off a 66-yard touchdown run, giving Spring Lake a 21-0 advantage.

The passing attack of Spring Lake came to life early in the second quarter, as Jackson Core and Joe Westhoff paired up for a 26-yard touchdown. Christian Folkert would add a fourth rushing touchdown, a 2-yard plunge, and in the first half’s final minute Spring Lake had one more scoring play in their playbook. Core and Derrick Paggeot connected for a 31-yard touchdown, giving the Lakers a commanding 42-0 halftime lead.

Next week, the 2-0 Lakers will square off against Holland Christian in their OK Blue opener. Zeeland East (1-1) will begin OK Green play against Holland.