The Maroons traveled to take on the undefeated Falcons of West Catholic. The Maroons had a tough task at hand, trying to keep Tim Kloska out of the end zone. They were unable to do so, a key factor leading to their 28-14 defeat.

The West Catholic Falcons were the only team to score in the first half, taking a 14-0 lead into the locker room. It was Tim Kloska to break into the end zone first with a 5-yard run. The special teams added the next points when they blocked a punt. Andrew Mcalary scooped up the loose ball, and ran it for 13-yards.

In the third quarter, the Falcons started strong again with another run from Kloska. This time, it was a 10-yard sprint to the end zone. The Maroons finally found their way into the end zone when Eli Boyce spotted Ethan Abberger for an 11-yard catch. The Falcons quickly constructed another scoring drive, as Kloska went for the hat trick with a 34-yard run to close out West Catholic’s offense. Kloska ended this game with 169 yards rushing. He now has 11 rushing touchdowns on this season.

The Maroons put up a fight in the final quarter, but came up short when they could only find the end zone once. It was Boyce again, airing it out to Henry Steenwyk for a 27-yard completion. Boyce ended the game with 182 passing yards and 2 touchdowns.

In week 5, Holland Christian will host the Spring Lake Lakers. Next Friday, West Catholic will be at home again to face the Falcons of Allendale. The “Battle of the Falcons” should be an interesting game, with both teams fighting it out for the top of the OK Blue. 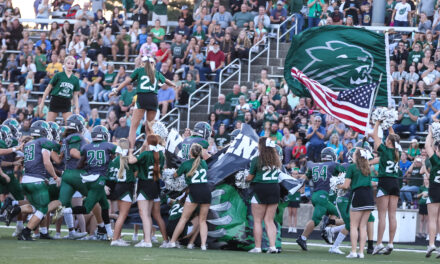 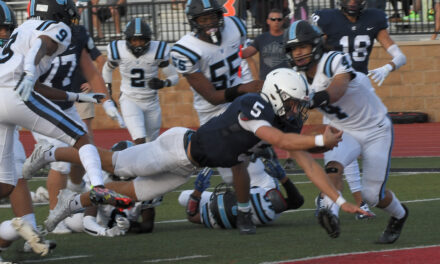