It was the “Battle of the Buzz” on Friday night, as two of the best 8-man programs in the area faced off. Bridgman, who entered this game with 18 straight victories and two consecutive “Division 0” State Championships, was pushed to the brink by Mendon, one of the state’s proudest and most tradition-rich programs. In the end, a fourth quarter run kept the Bridgman streak alive. Their 19th consecutive victory came 56-50.

Reid Haskins, the SWMFL-II Media Player of the Year a season ago, kicked off the game with a 40-yard touchdown run just thirty seconds into the action. Jack McCaw and Mendon quickly clapped back, as he reeled off a 71-yard sprint past the swarm of Bees. The teams would exchange touchdowns throughout the remainder of an explosive first quarter. Bridgman’s ability to convert two two-pointers, compared to Mendon’s one conversion, gave the Bees a 22-20 edge.

In the second frame, the offense continued to pour in. The alternation of touchdowns continued, as each club found the end zone twice. The scoring differential again came down to conversions. Mendon picked up a pair, which Bridgman was 0/2. At the half, it was 36-34 Mendon.

The third quarter saw Mendon push their lead to eight on an Evan Lukeman touchdown run. Reid Haskins’ Octopus, a 52-yard run and a conversion, evened the score at 42. With 1:45 to play in the third, Mendon quarterback Luke Schinker kept the football for a 5-yard run and a conversion. His Octopus gave Mendon a 50-42 advantage with twelve minutes to go.

The fourth quarter was all Bridgman. Just seven seconds into the frame, Reid Haskins found Nolan Staniszewski on a 41-yard touchdown strike. A Haskins run evened the count at 50. On their next possession, Reid found Wade Haskins on a 57-yard touchdown strike that would prove to be the winner.

Mendon outgained Bridgman 533-482 in this game. The Hornets rushed for 414 yards, while Bridgman had a balanced attack of 271 rushing yards and 211 through the air. Reid Haskins had 13 carries for the victors, turning them into 240 yards. He added all 211 passing yards, and finished with eight total touchdowns (4 pass/4 rush). Jack McCaw had 33 carries for 263 yards and two scores. Evan Lukeman added 140 yards on 30 carries.

It was an impressive showing from both teams. Bridgman just continues to win games against strong opponents. They will be favored to win their next five SWMFL-II contests before they face Martin in a Week 9 finale that could be between two of the State’s best clubs. Mendon, meanwhile, slides to 1-2 with their previous loss to Martin. Much like Bridgman, they will be favored for their remaining six contests, starting next week against Bloomingdale. 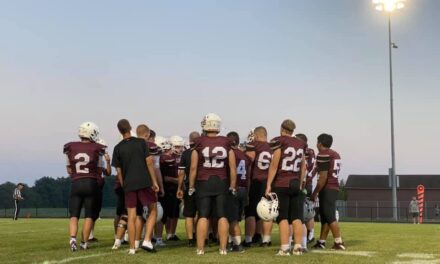 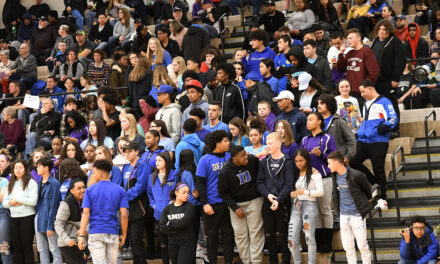