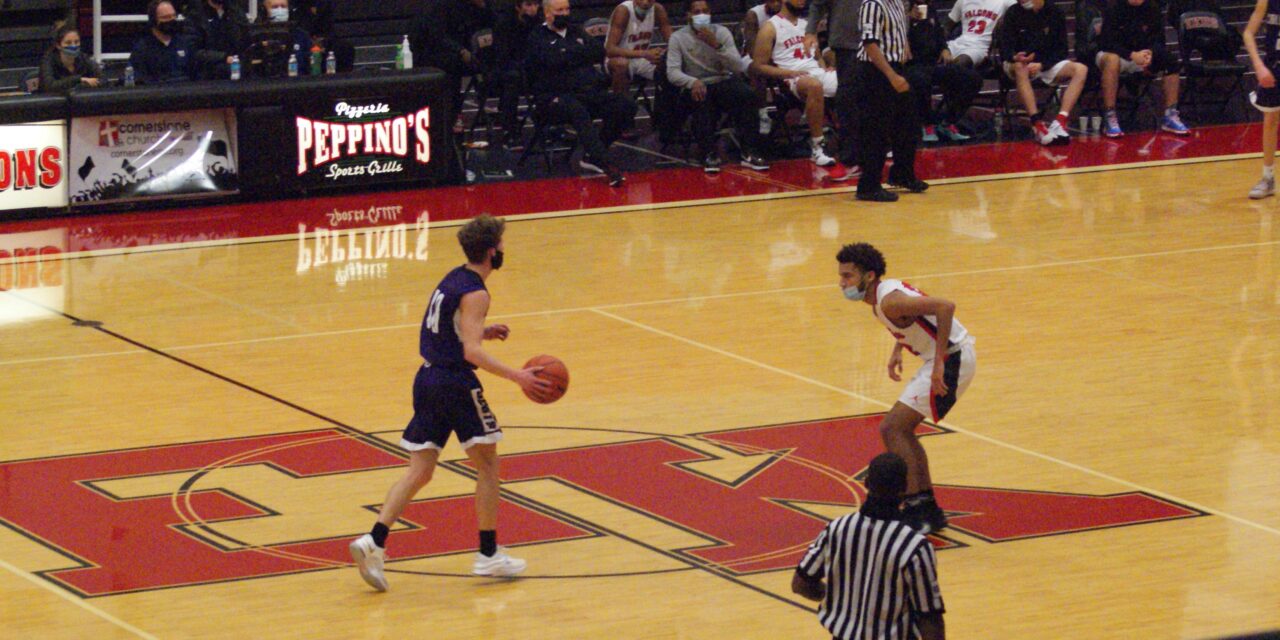 The first Friday of the 2021 MHSAA Basketball season was full of exciting action. A recap around the MSR coverage area:

Benton Harbor 69 Muskegon 66: The Tigers topped the Big Reds with a shot at the buzzer. Kentrell Pullian buried a three-pointer from twenty-five feet to deliver the victory for Benton Harbor, just moments after Jordan Briggs tied it up for Muskegon.

Big Rapids 68 Central Montcalm 46: These two teams battled throughout the first quarter, but the Big Rapids offense caught fire in this victory. They extended the lead to as many as 27, shooting 11/20 from beyond the arc. Mason Dunn led Big Rapids with 15 points, while Jack Ruggles added 14. Trey Chapin and Cole Olsen each scored 12 points for Central Montcalm.

Caledonia 48 East Kentwood 46: The Fighting Scots trailed 40-30 entering the fourth quarter, and they mounted a furious comeback to get the victory. Andrew Larson, who led Caledonia with 19 points, scored the game-winner with seconds to play. Aiden Gortmaker added 11 points for Caledonia. East Kentwood was led by Jy’Air Harris (17) and Christian Humphrey (14).

Forest Hills Northern 82 Forest Hills Central 70: The Huskies won the crosstown showdown with a 30-13 advantage in the fourth quarter. Ethan Erickson finished with 25 for FHN, while Dallas Hopson led FHC with 15 points.

Grandville 57 Zeeland West 39: The Bulldogs won this out of conference battle thanks in large part to the stellar play of Tommy Gregwer. He led all scorers with 17 points as Grandville improves to 2-1 on the season. Landon Regenerus added 15 for Grandville, while Carson Gulker led Zeeland West with 11.

Grand Rapids Christian 68 Byron Center 44: The Eagles move to 2-0 on the season with a win over the Bulldogs. Kobe Bufkin led GRC with 29 points.

Holton 60 Lakeview 26: The Red Devils edged the Wildcats to capture a win on Friday night. The second quarter was key, as Holton outscored Lakeview by twenty points to create a thirty-point halftime edge. Aidan Poling led the victorious Red Devils with 22 points, 5 assists and 4 rebounds, while Wyatt Monette added 16.

Kent City 78 Hesperia 17: The Eagles rode a 22-4 first quarter lead to a commanding victory over the Panthers. Riley Taylor led Hesperia with 6 points.

Morley Stanwood 60 White Cloud 34: The Mohawks topped the Indians on Friday night. White Cloud was led by a trio of players (Sam Venema, Jared Watson and Mason Ruether) who all had seven points.

Delton-Kellogg 61 Fennville 17: The Blackhawks fall to 0-2 on the season with a tough loss against Delton-Kellogg. After a 25-5 first quarter, the Panthers cruised to victory.

Frankenmuth 55 Swan Valley 16: After a 15-5 first quarter, Frankenmuth continued to build out their lead. Their defense recorded 12 steals and blocked 6 shots. Lexi Boyke led the Eagles with 20 points, while Zoey Persailis added 10 points and 6 rebounds.

Martin 43 Coloma 26: The Clippers move to 2-0 with a strong defensive effort against Coloma. Bri Warner led Martin offensively with 15, while Gracie Shettler added 10. After yielding 13 points in the opening quarter, Martin allowed 13 points in the final three quarters.

Mason County Central 32 Ravenna 26: The Spartans took down the Bulldogs on Friday. Delaney Mabrito was Ravenna’s leading scorer with 8 points, and he added 7 rebounds.

Morley Stanwood 42 White Cloud 35: The Mohawks trailed against the Indians, but they rallied to move to 2-0. Brooke Brauher led the way with 17 points and 13 rebounds, while Brae Berry added 13 points, 6 rebounds, 4 steals and 4 assists. Lila Hoisington added 10 rebounds for Morley Stanwood.

Newaygo 57 Fremont 37: The Lions captured a win over the Packers in CSAA-Gold action. Jaylee Long led the team with 26 points, while Emmerson Goodin added 12 points and 7 rebounds. Jaxi Long also had 12 points for Newaygo, adding 5 assists to her tally.

Spring Lake 41 Coopersville 17: The Lakers opened the game on a 10-2 run, and they never looked back. Jennifer Judge led Spring Lake with 13 points, while Meah Bajt did a little bit of everything, posting a final stat line of 11 points, 8 rebounds, 4 assists and 4 steals. Hayley Anderson was Coopersville’s top scorer with 10 points.

Standish Sterling 59 Ithaca 25: The Panthers captured a victory thanks to a strong team effort on defense, and the ability to run the floor. Macey Fegan paced the way with 19 points and 8 rebounds, while Elle Adrian finished with 16 points and 6 rebounds. Brenna Bartlett had 12 points and 7 assists for Standish Sterling.

Whitehall 53 Oakridge 25: The Vikings earn their first win, starting with a 17-2 first quarter and building from there. Makenna Russell had 16 points, and Karleigh Jeffries matched her 16 points along with 10 rebounds.

Rockets Take Off Strong, Seeking Landing Spot in the Playoffs