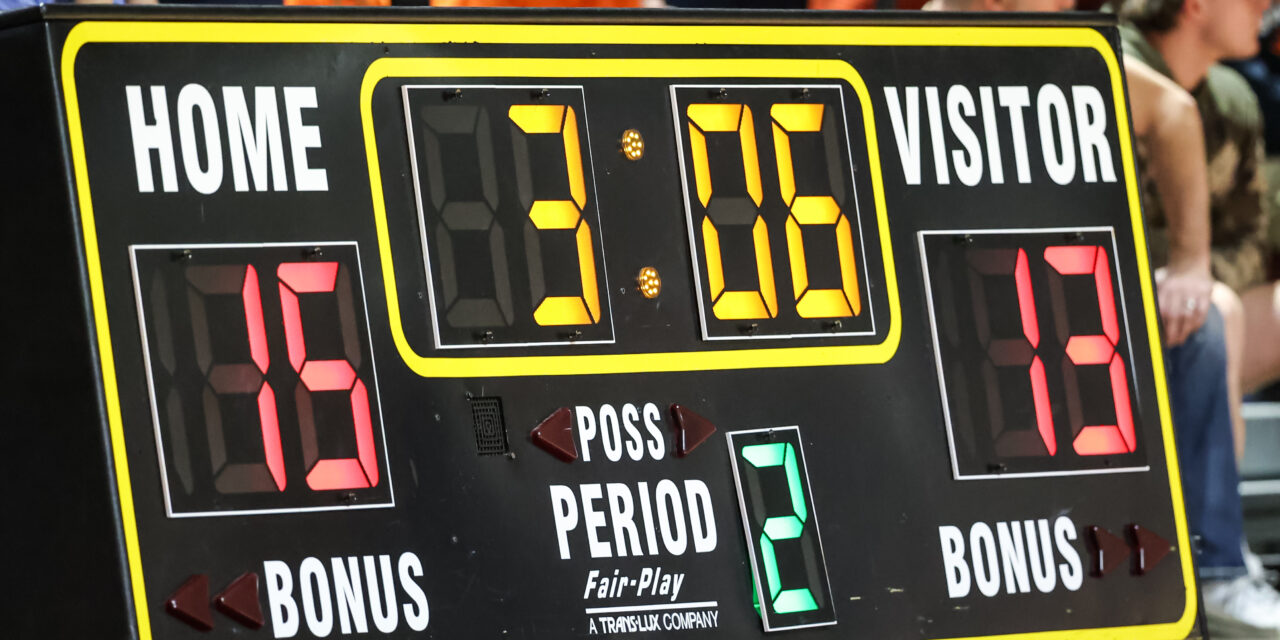 A flurry of reactions flooded social media on Monday, as the MHSAA announced the upcoming division alignments for the 2022-23 school year. Lost in that release before being finalized today was the MHSAA’s decision to expand the basketball season to 22 games. (Full Release Here) Previously a 20-game maximum was imposed on teams, a number that was lower than neighboring states. This will now put Michigan on par with its neighbors. To counteract this expansion, games will be permitted after 14 days of preseason practice, a reduction from the previous rule of 21 days.

Several area coaches were kind enough to share their thoughts on the 22-game schedule expansion, shown below.

Dave Ingles, Kent City Boys Head Coach: “I think the extra games will allow for more teams to play in Christmas Tournaments and events like this.  We have played in some of these in the past and they are a neat experience. Even so, for my teams, I think we will try and stick to 20 games in the regular season.  I truly in enjoy practices more than games and this is where we improve.  Now, what I want to do does not mean much and if my AD schedules us for 22 games…we will play 22 games. I believe I saw that teams can play their first games 14 days after practice starts.  I would hope that we will not play until after that third week.  That just gives us more time to prepare for the season. Also, by adding more games, we are putting a stress on an already existent official shortage. That’s also something to think about.”

David Klyn, Zeeland West Boys Head Coach: “It was awesome for the players to be able to compete again this past year after having a shortened season and now we get the chance to do it a couple extra times every year! I know the players will love exchanging two practices for two games too!”

Heath Kent, Lowell Girls Head Coach: “I’m in favor of the new rule, I’d actually like to see it expanded like some of our neighboring states (I coached in MO & IL). I’d like to see us be able to play up to 26 in a season. It would be nice to see the MHSAA make it so we can play more than one game a day like they do in AAU. That would open up schools being able to host holiday tournaments where you could play like 4 games over two days during a holiday weekend, and it would open up some revenue sources for the host teams. When I was coaching in Chicago, we ran a big MLK tournament that had 16 teams from all over IL, it was great competition, and we would have 50-100 different colleges stop in to watch because there were so many players there. Not to mention the amount of money the school raised over those two days.”

Joe Soules, Forest Hills Northern Boys Head Coach: “Fantastic news coming out of the MHSAA offices! We knew this had been on the table for some time and then you started hearing confirmation at the State Final Four on Friday – to finally confirm the news and put this in motion will be great for the Student-Athletes of Michigan. I am a proponent of the Shot Clock coming into the State of Michigan, which has been highly discussed, debated and dissected, but I believe this phasing in process of updated elements will allow for exciting times to build momentum over the next couple of seasons. Fans of the game want instant gratification and updated requirements – but at the end of the day the sequence of events is perfect in my opinion. Every coach in the state can agree with adding two games, then to take a week off the length of the season – it’s a progressive day at the MHSAA and even the work of BCAM – we should all be thankful for this forward progress in building up our beautiful game.”

Kirk Kambestad, West Catholic Boys Head Coach: “I am excited! The more games the better. It’s tough only having one game a week during the season. Friday and Saturday back to backs are fun for the kids as well.”

Nate Thomasma, Newaygo Girls Head Coach: “I am not opposed to the expansion of games from 20 to 22. The biggest adjustment will be the amount of preseason time we get with our teams.  We will have one full week less with our teams in the preseason so that will be an adjustment getting in our system and getting the athletes conditioned. Like anything new, there will be an adjustment, but I am keeping an open mind and hopefully the new changes go well.”

Kyle Clough, Rockford Boys Head Coach: “BCAM has been working on this for quite a few years. I’m excited that the MHSAA has worked together with our association to make the basketball season better. Continuing to enhance the experience for our players is important as we work to keep great players home, and a part of Michigan basketball. All the surrounding states have 22 games or more, so this will be great for our state as we try and keep up.”

Phil Visser, Caledonia Boys Head Coach: “I am excited about the expansion to 22 games, it gives us an opportunity to play two more games outside of our grueling conference schedule. It will allow us to bring back a couple local rivalry games as we lost those with the expansion of the OK Red conference when Jenison was added back. With 14 of the 20 games last season being conference games, only playing 20 games limited who we could add to our schedule. During the shortened 2020-21 season, we were able to schedule 18 games in a 6-week season, so I think we showed it can be done. I am hoping the next step is adding a shot clock at the high school level. I appreciate the MHSAA listening to the coaches and stakeholders and making changes.”

Todd Bloemers, Caledonia Girls Head Coach: “I’m excited about the opportunity to play more games! The ability to venture out and add a couple of non-league games is appealing for many reasons. It gives programs the option of using that third week before the season would typically begin as a way to get two non-league games in rather than just organizing scrimmages. Most teams are chomping at the bit to play someone else after a couple weeks of practice and I think this is a benefit to the student-athletes. Entering a Holiday Tournament is also more enticing now that programs won’t have to worry about having scheduling voids throughout the season where they would typically run the risk of having a couple of one-game-weeks, which is nice for keeping a rhythm. In addition, there were many boys teams that finished their season and had to wait a week to begin district play, so this would allow the opportunity to schedule games and omit that gap. I’m curious to see what comes in the way of changing the classification procedure for post-season tournaments. I know that if our district includes the same teams in next year’s state tournament, the enrollment range from the lowest to highest (using the numbers that just came out) would be 927- 2,678. I’m interested to see what measures (if any) the MHSAA could take to potentially provide more evenly distributed divisions in the state tournament.”

Travis Rosema, Hart Girls Head Coach: “Personally I feel that adding 2 games to the season is a good start. Basketball is a long season and for some may seem to drag on towards the end. I would like to see the MHSAA now look at the number of divisions in basketball and potentially add more.  Schools should not be competing against schools twice their size or larger! ”

Tye Edwards, Comstock Park Boys Head Coach: “In high school, you’re limited with how much time you get with each kid because most of them are multi-sport athletes. If they’re in football, you’re really seeing kids during the fall. So while two extra doesn’t seem like a lot, it adds more to our season. I’m in favor of it!”

Troy Hammond, East Grand Rapids Girls Head Coach: “I’m excited about the change from 20 games to 22 games. Ultimately, it gives kids more opportunities to compete and I don’t see a downside to that. We’ll treat these additional two games the same way we’ve treated other non-conference opportunities over the years at East Grand Rapids; we’ll try scheduling games against elite in-state opponents and seek to play in high visibility games that give our kids memorable experiences.”

Basketball coaches in Michigan working the phones now that the MHSAA gave us two extra non-conference games we can fill. pic.twitter.com/7fmApDVVHf