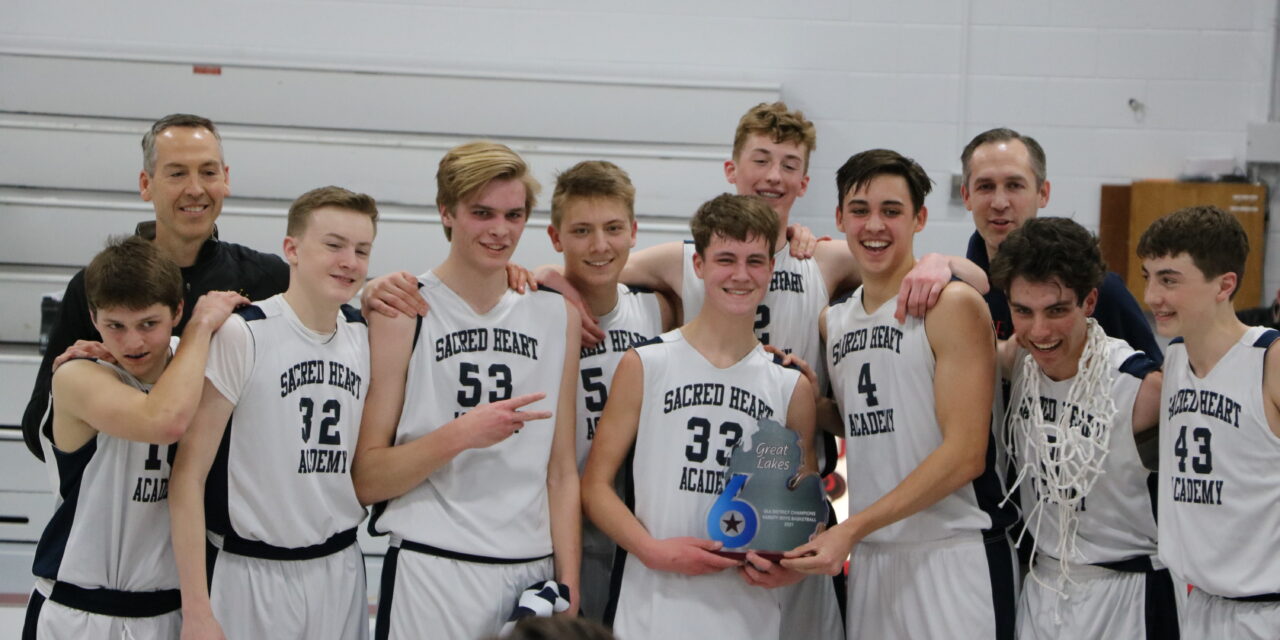 Each winter, the MHSAA basketball season is full of surprises. In the greater Grand Rapids area this year, the best kept secret exists in the shadows of John Ball Zoo, at Sacred Heart Academy.

The Falcons, coached by Scott Blouw, are currently 5-0 on the season. This includes a 20-point win over Wyoming Lee and a 15-point win against Holland Black River. With four starters returning from their conference championship season a year ago, they have their eyes set on announcing their program’s arrival to the rest of the area.

“This is only the fourth year of the high school basketball program here at Sacred Heart,” Head Coach Scott Blouw shared. “We have had middle school sports for years, but me and another dad took the initiative to field a basketball team for the high school students.”

An unfamiliar journey to most, creating a basketball program from scratch is hard. “We would cold call schools, hoping to fill out our schedule in the first few years,” Blouw shared. “Thankfully, so many programs were open and receptive. They would refer us to other teams that were looking for games, and we were able to put together a schedule of whomever needed games. We played anyone, anytime, and at any location we could.”

Without much pull in scheduling, the Falcons took on teams far more talented and experienced than themselves in the early going. “We were a young team, with many freshmen and sophomores playing against full varsity teams. There were some games that we were in over our head, but that made us better. Playing the better teams paid off in the long run.”

Sacred Heart Academy now has been able to find a home in the Great Lakes 6 Conference. The Falcons are joined by Algoma Christian, Barry County Christian, Calhoun Christian, Cedar Springs Creative Technologies Academy, Fellowship Baptist, Kalamazoo Heritage Christian, Libertas Christian, West Michigan Academy of Environmental Science, and West Michigan Lutheran in the growing conference that started back in 2018-19. “This has been a perfect league for us to be a part of,” Blouw praised. “It’s like-size schools that all experience the ebbs and flows of experience on their roster.”

The Falcons are in a peak of success, as they are the defending Great Lakes 6 champions. With all of their experience, they are the favorites to capture the title once again this year. “We have a really athletic group this year, with great size across the board. Relatively, we are a tall team that has four starters at 6’3″. These are seniors that have played together for four years, have a collective ability to score, and really enjoy being around each other.”

Isaac Skinner, Jack Blouw, Noah Northon and Pete Ugolini are the four seniors that have returned once again this winter for Sacred Heart. They are joined by senior Dominic Klaes, juniors Austin Piecuch, Nate Chapin and Sam Blouw, as well as sophomore Peter Tober. In their most recent game against Black River, Northon was phenomenal hitting 10/15 shots to finish with 22 points and 9 rebounds. Sam Blouw added 18 points on four made triples, and Jack Blouw nearly recorded a double-double with 11 points and 9 boards.

As the program has continued to grow, the school has grown alongside it. This year’s senior class is the first at Sacred Heart Academy that will complete all four years at the high school. The school’s enrollment increased by 130 students this year. In total, from Montessori to 12th Grade, there are 380 students at the Sacred Heart. There are about 92 students in the high school, which has embraced an identity as a classical academy.

Sacred Heart as a classical academy, allows students to focus and study the classics, such as Homer’s Illiad and the Odyssey. The students also study Latin and Greek philosophy. There is a focus on longhand math and penmanship, and students attend Mass each morning. In some ways, it’s a return to old-school education. In other ways, the reading, writing, speaking and reasoning developed by students at Sacred Heart Academy form the education plan to both the student and the individual.

In addition to boys’ basketball, Sacred Heart is in second season of girls’ basketball. They recently completed their third volleyball campaign, and in the spring baseball will commence for the second time. “We have continued to grow each year, as it is a truly unique educational experience,” Blouw shared. “Students have always come for the academics, and now they have a chance to play sports. We now have 20 boys playing basketball, allowing us to field both a JV and varsity team.”

Due to it being their first season as an MHSAA sanctioned athletic program, Sacred Heart will not be eligible for MHSAA District play this year. That being said, they are still motivated to take this program to new heights while pursuing a second straight Great Lakes 6 championship. For those interested in following the Falcons, their next game will take place on January 4, when they face Algoma Christian. 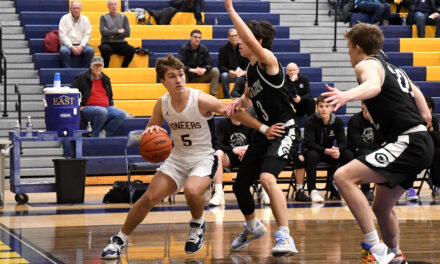