On the opening kickoff of the game, Carson City-Crystal got the scoring started. Paul Wright fielded the kick and raced 70 yards for a score. A conversion run put the Eagles ahead by eight. This was the count after the first quarter of play.

Bryce Stanley powered across the goal line from three yards out to push the lead to 14 early in the second quarter. The Eagles took a 20-point lead to the locker room after Doug Billings scored from nine yards out.

Muskegon Heights finally got on the scoreboard early in the third quarter. Anthony Floyd plunged across the goal line from a yard out, capping off a 62-yard scoring drive. The special teams unit of Carson City-Crystal once again made the Tigers pay on the ensuing kickoff. Paul Wright bested his 70-yard return with an 80-yard sprint past the coverage team to the end zone.

Ja’Kari Edwards got the Tigers back on the board with a 12-yard touchdown toss to Guyton Hanif. This was set up by a short field that resulted from a fumble recovery. Carson City-Crystal extended their lead with a touchdown pass from Mason Smith to Bryce Stanley. This put the Eagles in front 35-12.

In the final frame, Muskegon Heights put together two quick touchdowns. Ja’Kari Edwards found Ashton Smith on a 16-yard strike just ten seconds into the frame. With ten minutes to play, Edwards found Guyton Hanif on another scoring pass, a 25-yard connection. Damond Davis hauled in a conversion to pull the Tigers within nine. Over the final ten minutes, the Tigers were unable to come back from their 9-point deficit.

With the win, Carson City-Crystal advances to the Regional Finals for the second straight season. After losing to State Runner-Up Ubly a season ago, they will look to reverse their fortunes against Beal City next week. The Aggies dominated Iron Mountain 41-6 this week. Beal City is currently 10-1 on the season, with their lone loss coming 21-20 in the season-opener against Ravenna. The Eagles will be the visiting team in this regional final battle. 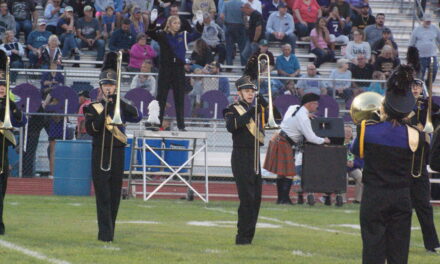