The Gull Lake Blue Devils, fresh off a 35-0 shutout of Otsego, hit the road to square off with Lansing Waverly. It was a competitive football game, but in the end, the Blue Devils secured a 28-21 win.

Gull Lake got off to a strong start with a 16-yard touchdown run by James Romyak. Waverly would respond with a touchdown pass of 33 yards from Joseph Pizzo to Evan Walker to even the score at 7. Silas VanWormer broke off a 41-yard dash through the Warriors’ defense to give the Blue Devils a 13-7 lead.

Neither team scored in the second quarter, but Pizzo and Walker paired up again on a 56-yard score that gave Waverly a narrow 14-13 advantage. Silas VanWormer would not be denied a victory, as he took over offensively the remainder of the third quarter. First, VanWormer toted a 50-yard touchdown carry. James Romyak converted the two-point run. Later in the third, VanWormer recorded his third touchdown of the night on a 30-yard carry. This put the Blue Devils ahead by 14 with a quarter to play.

Waverly scored the lone fourth quarter touchdown, a 5-yard carry by Ty Miller. This would not be enough for the Warriors, who fell seven points shy of victory.

Next week, Gull Lake (3-4) will take on Loy Norrix. The Knights took a tough loss to Ottawa Lake Whiteford, suffering their 14th straight defeat. Lansing Waverly, now 2-5 after this loss, returns to CAAC-Blue action against DeWitt next Friday. 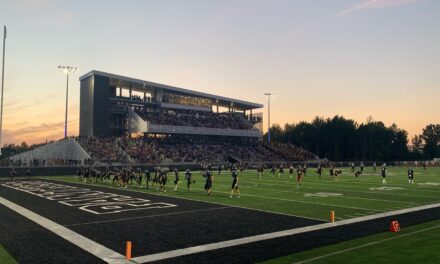 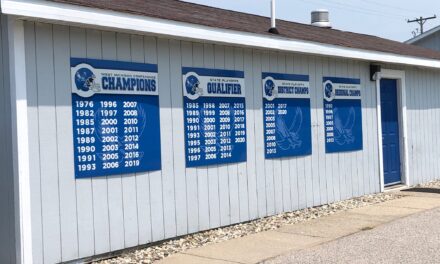