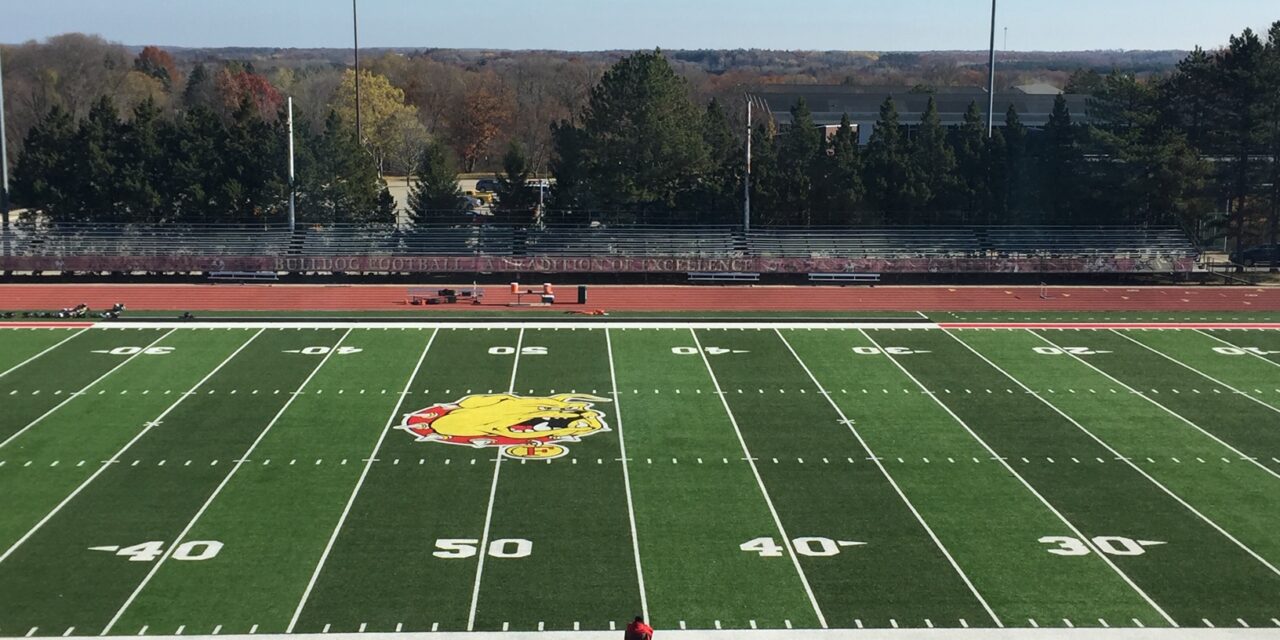 The Big Rapids Cardinals hosted a playoff game on Saturday afternoon, welcoming the Newaygo Lions to town. These CSAA-Gold teams did not meet in the regular season, their meeting set for September was cancelled due to COVID, but they got the opportunity to face off with a larger importance in this game. Big Rapids scored a flurry of points, and they won 48-20.

Trailing 15-0, Newaygo finally got in the end zone. #10 rushed for a seventeen-yard score, but the unsuccessful extra point left the Lions down by nine. With five seconds left in the half, Big Rapids got another touchdown on a twenty-four yard pass from #9 to #11. The Cardinals led 21-6 at halftime as a result.

Big Rapids kept the offensive momentum rolling early in the third quarter. #9 and #10 paired up for a ten-yard touchdown. After a stop, #14 rushed for a one-yard touchdown to balloon the Cardinals’ lead even further.

Newaygo finally stopped the run, as #10 and #11 passed for a forty-five yard touchdown. Big Rapids ended the scoring in the third quarter with a two-yard touchdown run on the legs of #14.

Next week, Big Rapids will travel to Oakridge to take on the Eagles.