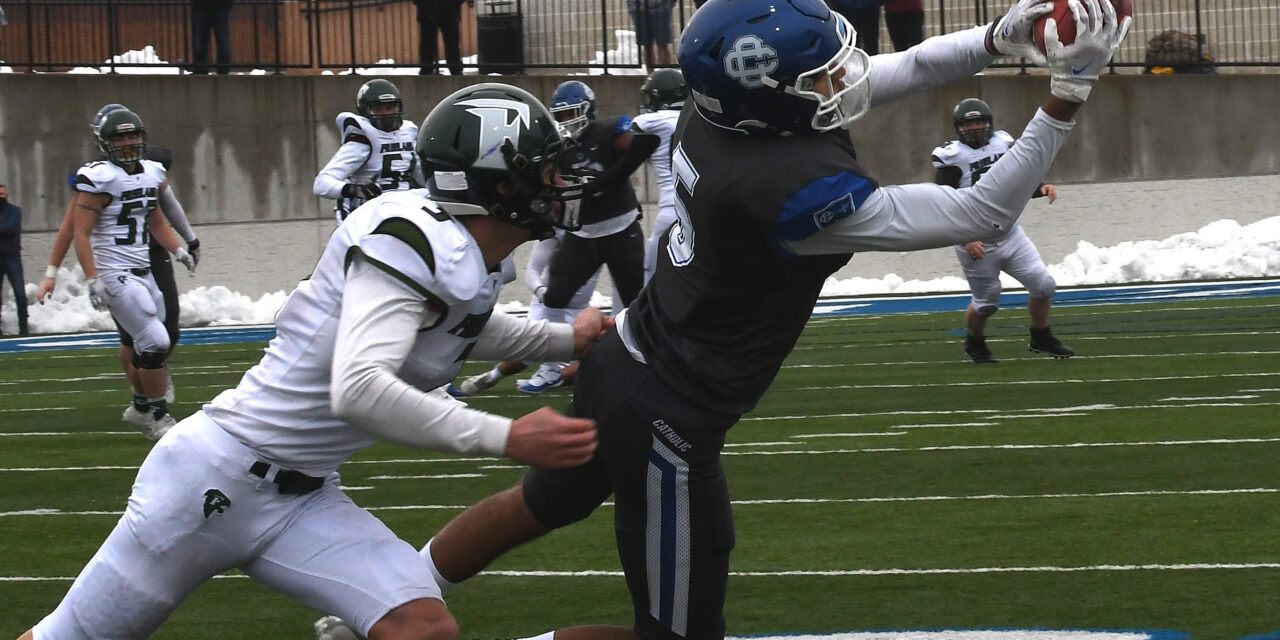 Grand Rapids Catholic Central fans should book their hotel rooms and travel plans to Ford Field for the final week of the season in early August. For Coach Todd Kolster’s team, it’s become a near guarantee. With today’s 49-14 win over Freeland, GRCC will be making their fourth trip to Ford Field in the past five seasons.

The Cougars got out to a hot start that allowed them to carry on to victory. Quarterback Joey Silveri and wide receiver Jace Williams paired up for their opening two scores on touchdown passes of five and fifty-six yards respectively. Before the first quarter ended, Silveri used his legs to extend the lead to 21-0.

Nick Hollern pushed the lead to twenty-eight points when he scored from two yards out. A pair of costly fumbles for Freeland set up two of these early touchdowns.

Freeland finally got on the scoreboard when Bryson Huckeby plunged across the goal line midway through the second quarter from two yards out. Nick Hollern’s second touchdown run would move the tally to 35-6 in favor of the Cougars.

Before the first half ended, Freeland found the end zone one more time. Huckeby took to the air and found Ben Wellnitz for a thirty-two yard touchdown pass. The teams would go to halftime with GRCC in command, ahead 35-14.

In the second half, there were two touchdowns, both by Nick Hollern. In the third quarter, he broke off a thirty-four yard touchdown. He added an eighty-yard sprint to the end zone in the fourth quarter. The third quarter touchdown was a nail in the coffin after Freeland’s ten-minute, twenty-play drive ended in an interception.

Grand Rapids Catholic Central will take on Frankenmuth in the State Championship game next Saturday. The Eagles are 11-0, advancing to the finals with a 35-14 victory against Lansing Catholic. Frankenmuth played Freeland in the season opener, a game that they won 41-3. 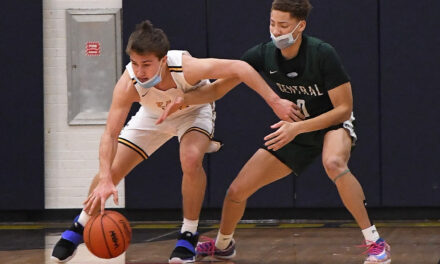