The Tri-County Vikings posted a 2-4 regular season record. They lost all four regular season games by a combined eighteen points, with the largest defeat being seven points (twice). This slated the Vikings for the #8 seed in their district of the playoffs. Perhaps the biggest proponent of the all-in playoffs, Tri-County has taken advantage of the second chance in the postseason and embarked on their own “Revenge Tour”. Last week, they avenged a regular season loss of seven points by beating #1 Central Montcalm by twenty-six. This week, they avenged a narrow one-point loss to Grant by toppling the Tigers 40-21.

Tyler Tompkins was the star of the show for Tri-County on both sides of the football. Defensively, his biggest contribution was an interception return for a touchdown that gave the Vikings a 24-0 advantage. On offense, he started the game 13/16 passing for 132 yards in just the first half alone.

Tri-County’s 40 point output is the highest that they have recorded this season. This allowed the team to win despite giving up 21 points, the first time that that has happened since the beginning of the 2019 season.

This is the first time in program history that Tri-County has won a pair of playoff games in the same year. They will look for their first ever district championship next week, when they take on Muskegon Oakridge. The Eagles, who will host Tri-County, defeated Big Rapids 40-21 on Friday night. Oakridge is 6-2 with losses to undefeated Montague and one-loss Whitehall. It will be a tall task for the Vikings, but they have proven their resiliency time and time again this fall. 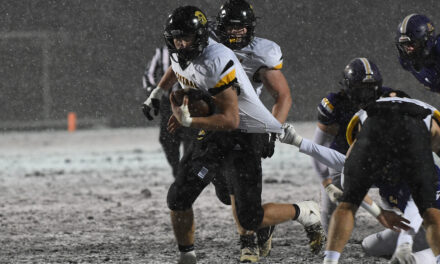 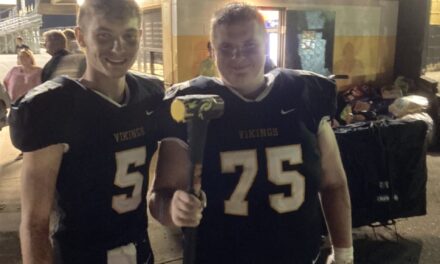