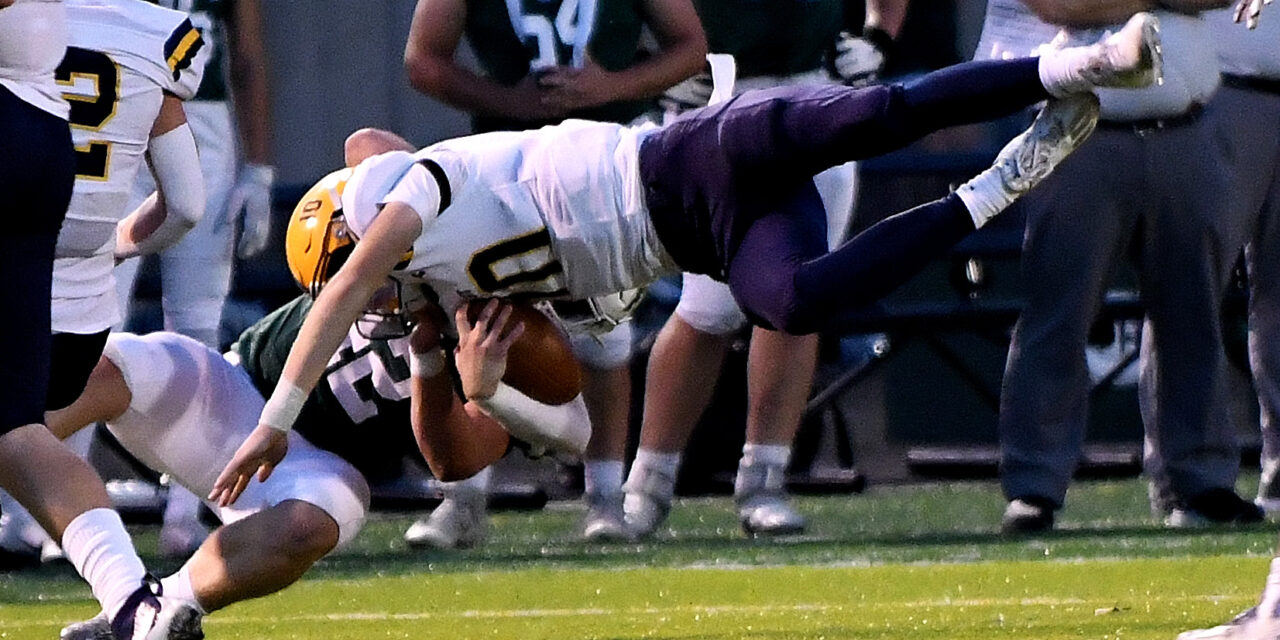 The Rangers home field is under construction. That means they play their home games at FHN or FHE. Tonight it would be the Hawks nest at FHE, as they would host OK White neighbor/rival East Grand Rapids. Both teams entered the contest with 2-1 records. Neither wanting to fall to 2-2 while chasing the Byron Center Bulldogs and the Lowell Red Arrows for at least a share of the conference title. Tonight the Ranger Defense would bend but not break as they held the powerful Pioneer offense to just 9 points, while scoring 17 of their own.

The Ranger Special Teams played a large part in the victory. Jr. K and P Luke Gustafson not only kicked a 20 yard FG, but on several occasions, when forced to punt, he stepped up BIG. Several of his punts were downed inside the East Red Zone and 2 inside the 10 yard line. This forced the Pioneers to march nearly the entire field. This also allowed the Ranger defense several opportunities to force turnovers.

The Pioneers had there fair share of chances to take the lead, but the defense just wouldn’t yield. With the score in favor of the Rangers by just one point in the final frame. The FHC defense forced another turnover. This time a strip from Burns and the Rangers would just need to milk the clock. Jr QB Hunter Robinson however, had other plans. With less than 2 min on the clock, Robinson was able to scramble for a 7 yd TD run. That late score would prove to be the straw that broke the camels’ back. The Pioneers fought to the very end, but came up just shy of scoring late.

The Rangers will improve to 3-1 and Travel to Northview next week before the regular season finale against the Red Arrows of Lowell.

The Pioneers record falls to 2-2 and they will again be on the road next week against the Eagles of GR Christian before hosting the undefeated Byron Center Bulldogs in the final regular season game of the year.