The Grand Rapids Christian Eagles started 2020 with a rather unique coaching situation. Rueben Riley and Kirk Sundberg were tapped as co-coaches this fall, a new experiment in the OK Conference circle. After a tough schedule early left them a surprising 0-3, the Eagles finally got their first win of 2020 on Friday night, edging Northview 16-14.

In the first quarter, the offense was limited on both sides. Will Heenstra provided the lone points on either side, as he booted a twenty-six yard field goal to give Grand Rapids Christian a 3-0 edge.

Sam Hole put Northview in front in the second quarter, when he was able to evade the Eagles’ tacklers and run thirty-six yards to the end zone. This lead was short lived however, as Grand Rapids Christian would respond on a touchdown pass from Ronin Russell-Dixon to Brian Hunter from six yards out.

With just five seconds left in the half, Northview was at midfield with the football. As they threw downfield, Brian Hunter was able to step in front of the pass and return it sixty-five yards to the end zone. This gave Grand Rapids Christian all of the momentum, and more importantly a 16-7 lead, as the teams went to halftime.

In the second half, both defenses continued to play strong. Northview was able to break the goal line with a touchdown pass of 46 yards from Carter Pell to Jailen Tatum, but that was all they could muster up, leaving the team two points shy.

Three turnovers, two fumbles along with that interception, cost Northview tremendously in this game. They will try to rebound when they host Forest Hills Central next Friday, on a game that is LIVE on MSR. As for Grand Rapids Christian, they are now 1-3 and they will host the East Grand Rapids Pioneers. That game will also be LIVE on MSR. 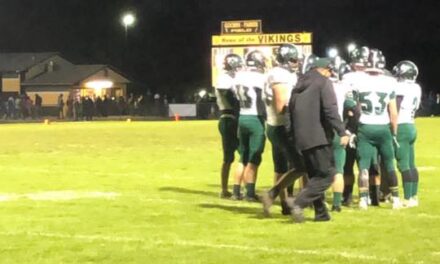