SWMFL Strong: Martin and Mendon Set to Travel to UP for State Football Championships 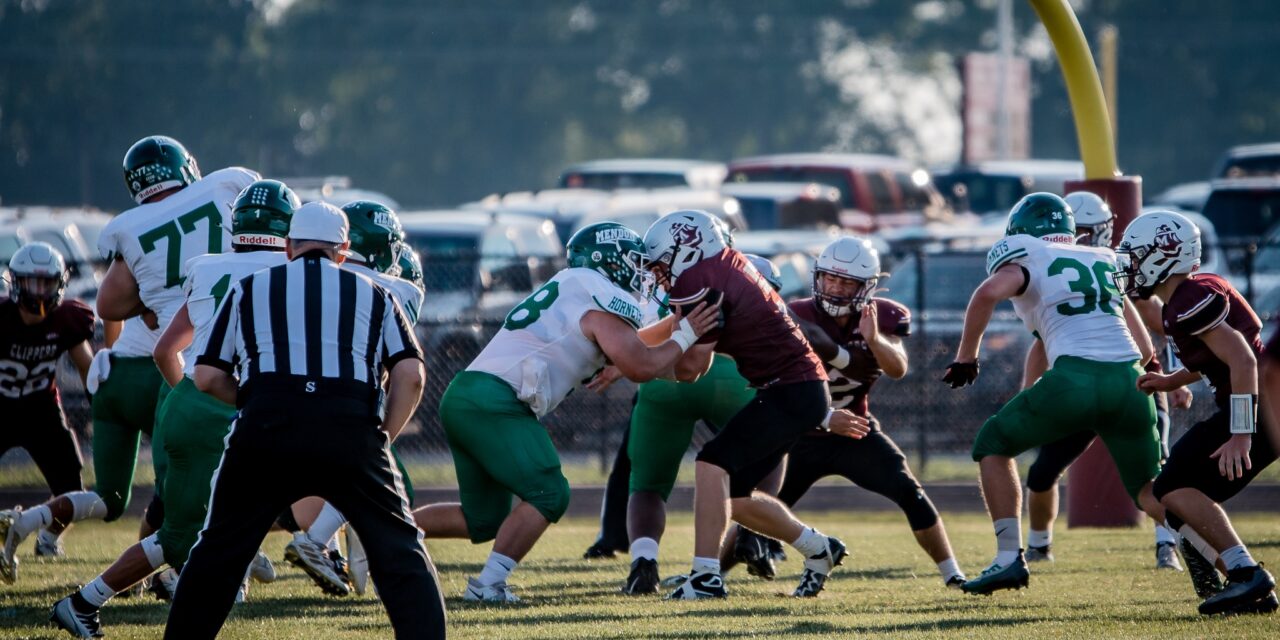 While the 11-man tournament of the MHSAA Football playoffs kicks off its semifinal round on Saturday, the 8-man playoffs will conclude. Under the wooden roof of the Superior Dome in Marquette, Michigan, four teams will battle to crown a pair of 8-man Football State Champions.

In the 11:00 AM kickoff on Saturday, the Martin Clippers will look to capture the school’s first State Championship since 1987. They will square off with the Merrill Vandals in the Division 1 title game. Martin comes in with a 10-2 record on the season, with losses to two schools (Bridgman and Northpointe Christian) that are tough challenges. So far this postseason, they have faced little resistance in wins over Tekonsha (68-6), Lenawee Christian (56-14) and Brown City (42-8).

“It’s so exciting,” Martin Head Coach Brad Blauvelt shared. “It’s been 35 years since we have had this opportunity, and we are ready to seize the moment.”

Despite this being the biggest game Martin has played in that time, the Clippers are focused on enjoying the 435-mile journey to the Superior Dome. “We want to take this moment in as much as possible,” stated Blauvelt. “This is a special time for our program, and we have an opportunity that many will never have. We’ve talked about this for many years, and to see it come to fruition has been amazing. We have a special group of kids.”

The Clippers’ opponent, Merrill, enters with a 12-0 record. Last week, they escaped the grasps of Munising in a 22-20 victory to advance to the title game. Aside from that contest, they have defeated every opponent by at least 22 points. Saturday will be the first ever State Championship game for the Merrill football program, as they were making just their second semifinals appearance this year (1999).

“They have some big boys who can really move on defense”, Blauvelt explained. “We have to be smart when attacking them. Offensively, their quarterback is really good. We need to tackle well.”

Other keys for Blauvelt’s team on Saturday will be winning the turnover battle, strong starts on first downs, and limiting the big plays. This elite Martin defense (13.7 PPG) will be tested against a dominant Merrill offensive attack (48.7 PPG).

The Clippers are headlined by JR Hildebrand, who was recently voted Conference Player of the Year by the Michigan Sports Radio media panel. Other key contributors include Karter Ribble, Sam Jager and Taegan Harris.

After the conclusion of the Division 1 Championship game, the Mendon Hornets will try and bring their own hardware home in the Division 2 bout. They will make a 478-mile trek, while their opponent needs to venture only 89 miles.

“They are an extremely explosive team”, Mendon Head Coach Robert Kretschman revealed. “They have an immense level of team speed, starting with their quarterback (Luke Gorzinski). On top of that, they have size up front and play very physical.”

“It’s absolutely a challenge, there’s a reason they have 36 straight wins. But it’s a great opportunity for us as a program to go up there and compete for a State Championship in our second year of 8-man.”

Kretschman is in his 17th year as a member of the Mendon football program, and his 7th as a head coach. While an assistant, he was a part of two of Mendon’s 11 state championships (2007, 2011). Though this will be his first time visiting the Superior Dome, this run brings back great memories. “I forgot how much this this is,” Kretschman shared. “We got to practice at WMU last night, and we will practice at CMU on our way up to the UP. So many awesome experiences for our kids that will last a lifetime. As much as we are staying focused this week, you have to try and soak it in and appreciate how great this is.”

The Mendon community has been all out in supporting the Hornets on this run. This comes as no surprise to Kretschman, who said this level of community support is what makes Mendon so unique. “The community is so excited. They way they have stepped up to support our program, especially financially to get the team, band and cheerleaders up to the UP, it’s been incredible. But that’s the type of place Mendon is. And it’s not just football. When our girls volleyball team makes a tournament run, or our basketball teams are fighting in the playoffs, the community is there to cheer and support each step of the way.”

Mendon will look to win this game the way they have been successful ten times this season. “We need to get all eight guys to the ball. (Gorzinski) is shifty, so we need to wrap up. Offensively, we need to control the ball and sustain drives. Ultimately, we have told our guys the same message this week: Do your job.”

Running into a powerhouse like Powers North would feel daunting for some, but the Hornets schedule has prepared them. They have faced tough opponents all year, with the likes of Bridgman, Colon, Climax-Scotts and Martin on the journey to Saturday. In their two losses to Martin and Bridgman, the Hornets had chances late to emerge victorious. “We’ve been in big games. We had chances to win some of those. It’s essential that we avoid the slow start. We can’t be shell shocked by their speed. They’re going to score, we just need to get our own offense rolling and get some stops along the way.”

Though Martin and Mendon are conference foes, both coaches had positive things to say about the other’s program. “Mendon has all of our respect,” Blauvelt shared. “We are definitely pulling for them. If anyone can slow PNC down, they’ve got a shot. Their ability to grind will keep them in the game”.

“It’s great representation for the quality of football in Southwest Michigan,” stated Kretschman. “The growth in this area the past few years has been remarkable. It has a chance to take another step on Saturday.”