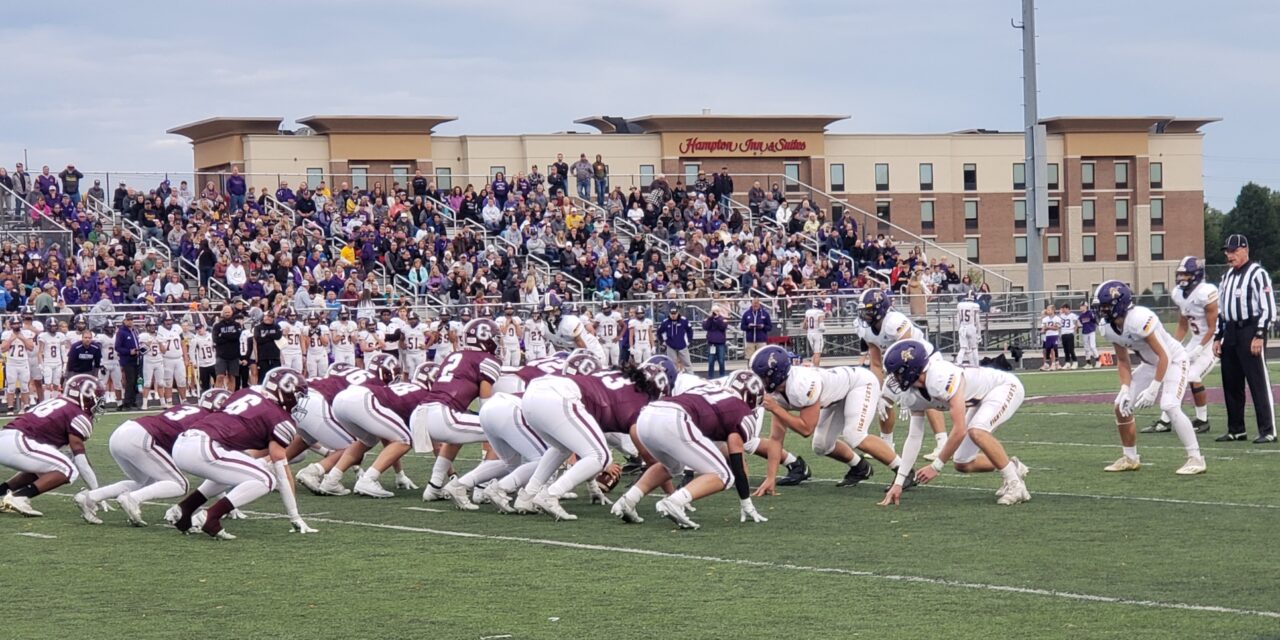 Caledonia traveled to Grandville for a heavyweight battle. In a game that Goosepoop expected to be a shootout, we got exactly that. Ninety combined points accumulated. In the end, Caledonia outscored Grandville in a 50-40 victory.

Mason McKenzie got the Fighting Scots offense jumpstarted. First, he kept the football for a 13-yard touchdown. On the next drive, McKenzie used his arm, as the signal-caller found Brock Townsend on a 36-yard scoring connection.

Grandville would quickly respond, as Carson Kopko broke free for a 37-yard touchdown run. Carson Smith chipped in a two-point conversion, and the Bulldogs were within six. Caledonia would quickly counter with a touchdown pass from McKenzie to Evan Graham. The 51-yard touchdown connection gave Caledonia a 21-8 advantage after one quarter of play.

The defenses slowed down the action until midway through the second quarter. McKenzie and Justice Reed broke the drought with a 35-yard touchdown pass. Just eighteen seconds of gameplay later, Jayden ‘Tank’ Terry broke free for a 70-yard touchdown run. Brayden LaCroix added a two-point conversion for the Bulldogs.

Grandville got the ball back after a turnover, and capitalized immediately. Again, it was Terry, who broke off a 9-yard score. A failed conversion left Grandville behind 28-22. Over the final five minutes of the second quarter, neither team would score.

Grandville countered, as Carson Lopko reeled off a 41-yard touchdown run. This got the Bulldogs back within 8 points. Unfortunately for the Bulldogs, they would not draw closer. McKenzie responded with another touchdown run, this time a 2-yard carry.

In the fourth quarter, Carson Smith and Brayden LaCroix paired up for a 38-yard touchdown pass. This trimmed the deficit to nine points, 43-34. Mason McKenzie answered once again, finding the end zone ten seconds later. His quarterback keeper went 48 yards for a score. Jayden Terry added his third touchdown of the night to pull Grandville within 10 points, but the Bulldogs could not overcome the deficit in the final five minutes.

The two teams combined for over 1,000 yards of total offense. Caledonia narrowly won the yardage battle, 541-524. Grandville rushed for 466 yards as a team, while Caledonia racked up 393.

It was a phenomenal game for Mason McKenzie. He completed 6/14 passes for 148 yards and three scores. On the ground, McKenzie turned 14 carries into 336 yards and four touchdowns.

In defeat, freshman Jayden ‘Tank’ Terry was remarkable. He took 28 carries for the Bulldogs, and he racked up 241 yards and three touchdowns. At 8.6 yards per carry, he was a lethal weapon for this Grandville team. His ability to run around the edge gave Caledonia fits all night long.

With this win, Caledonia improves to 5-0. They will take on East Kentwood next week in a fierce rivalry battle. Grandville (4-1) will have their own showdown with Rockford. 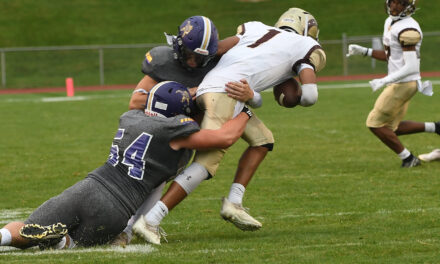