The Cadillac Vikings were the “Cinderella Story” of last year’s playoffs, making an improbable run to Ford Field, defeating Forest Hills Eastern and Edwardsburg before falling to Detroit Country Day in the finals. On a mission to prove that it wasn’t a mere flash in the pan, Cadillac hosted Whitehall with hopes of winning their third straight District Championship. Jumping out to a 17-0 lead allowed Cadillac to hold off a Whitehall charge in a 24-14 victory.

Four minutes into the contest, Cadillac got on the scoreboard. Caden Windover used his leg to boot a 32-yard kick through the uprights. This was the lone scoring play of the first quarter, giving Cadillac a 3-0 lead.

In the second frame, they expanded their advantage. First, Caleb McKinley rushed for a 2-yard touchdown. On their next drive, Aden Gurden found Derek Rood on a 4-yard toss to go ahead by seventeen points. Whitehall avoided a first-half shutout with a 3-yard carry by Alec Pruett with less than a minute to go in the half. A successful extra point put Whitehall behind by ten at the break.

Whitehall got the football to begin the second half, and they went on a lengthy touchdown march. On the twelfth play of the drive, after picking up a fourth-and-one on the snap prior, the Vikings found the end zone. Nate Bolley rushed for a 5-yard touchdown that was paired with an extra point. This brought Whitehall within three, 17-14, with just under eight minutes to go in the third quarter.

Whitehall got into plus territory on their next drive, but a costly personal foul penalty led to a punt. Cadillac would add some insurance with four minutes to play. After forcing a turnover on downs, the Cadillac offense was given the football at the Whitehall 27. On the first play, Caleb McKinley raced for a 27-yard score.

Whitehall marched down the field in two minutes, getting down to the Cadillac 4 yard line. Facing a fourth down and a 10-point deficit, the Vikings opted for a field goal. The 21-yard attempt was no good, and Cadillac was able to run out the clock after two first downs and two personal fouls.

Aden Gurden was 3/8 passing for Cadillac with just 26 yards. Derek Rood caught two of those balls for 15 yards, including the touchdown. Carter Harsh was kept out of the end zone, but he had a team-high 84 rushing yards. Gurden added 78, while McKinley finished with 64 yards and his two scores.

Kyle Stratton finished 8/15 passing for Whitehall, acculumating 87 yards. Red Watson had two catches for 41 yards, while Nate Bolley had five receptions and 38 yards. Bolley also had 53 rushing yards, the third-highest total on the team. Kyle Stratton led the way with 95, while Alec Pruett chipped in 62.

Next week, Cadillac will square off with Hudsonville Unity Christian. The ‘Saders are viewed by many as the favorites in Division 4, especially after their 79-21 thrashing of Grand Rapids Christian. As we saw a year ago, however, Cadillac loves to surprise people when they least expect it. That matchup will take place downstate, as Unity Christian is set to host. 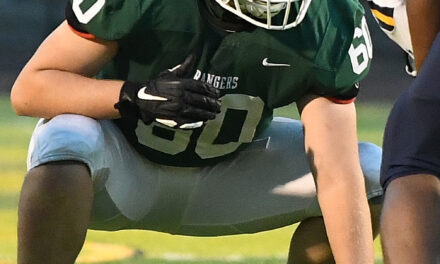 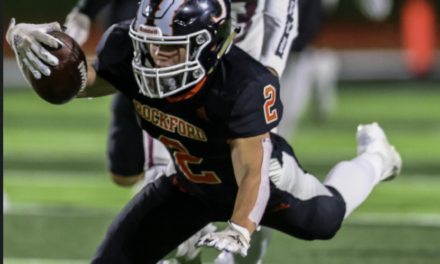