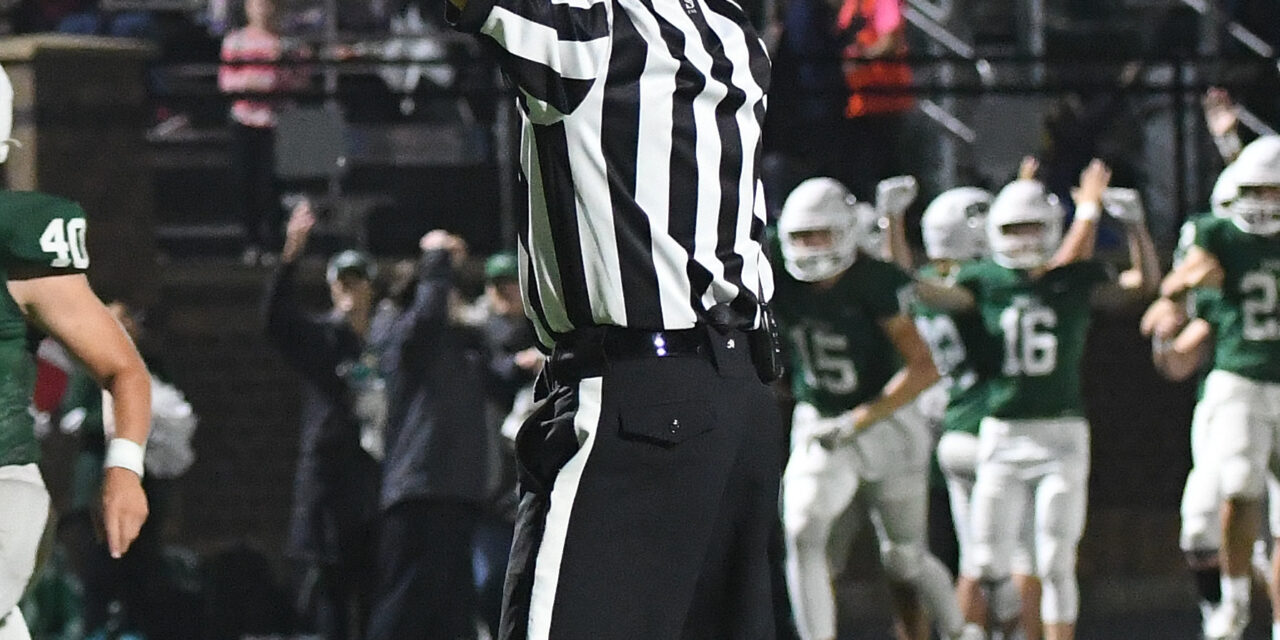 Last week, Muskegon Catholic Central used a last-second touchdown pass to defeat Centreville. On Friday night, the Crusaders used their ground game to score with nine seconds to go, propelling the Crusaders past the Oakridge Eagles, 30-28.

After recording a stop on MCC’s first possession, the Oakridge Eagles scored on their opening drive. Matt Danicek used his legs for a 15-yard quarterback scramble, giving the Eagles a 7-0 lead. The Crusaders would quickly respond, as Joe Waller bolted down the left sideline on a 65-yard touchdown sprint. A two-point conversion gave MCC an 8-7 edge after a quarter of play.

Elliot Riegler was able to extend the Crusaders lead with a quarterback sneak in the second quarter. Joe Waller added a two-point conversion run. Oakridge would score on their next possession, as Corey Vanderputte reeled off a 17-yard jaunt. The Eagles took a halftime lead on a halfback pass, as Brenden Raymond found Lorenzo Garcia. Vanderputte added the conversion, giving Oakridge a 21-16 lead at the break.

The Oakridge scoring run continued in the opening minutes of the third quarter, as Trever Jones hauled in a screen pass from Danicek, rumbling 37 yards for a score. This gave the Eagles a twelve point advantage as the game entered the fourth quarter.

MCC started the fourth quarter at midfield, and just a few plays later, they found the end zone. Nick Powell shot through the line, racing for a 31-yard score. A failed two-point try left the Crusaders down six, 28-22.

On their final drive of the game, Muskegon Catholic Central was able to draw even. Facing a fourth-and-goal from the one, Joe Waller powered across the goal line. Coach Steve Czerwon kept the offense on the field, dialing up a two-point conversion attempt. They handed the ball to Joe Waller, who bowled into the end zone for the go-ahead conversion. In the final nine seconds, Oakridge was unable to find the end zone.

Both of these teams will be in the postseason when it begins next week. Muskegon Catholic Central, 8-1 on the year, will look to fight for the Division 7 title, while Oakridge (7-2) is in Division 5.