In their 2021 opener, Holland Christian dominated crosstown rival Holland to the tune of a 59-6 beatdown. In the six weeks that followed, the Maroons lost all six games and scored sixty points…combined. This week, they were viewed as underdogs against a 3-4 Hamilton Hawkeyes club who was coming off a thrilling victory against Allendale. This battle went into overtime, and Holland Christian was able to secure a 27-20 victory.

In the first quarter, Hamilton scored on their opening drive. Zach Boehm capped off a 79-yard march with a 3-yard touchdown run. Holland Christian responded with a 5-minute, 12-play, 90-yard drive to the end zone. Lucas Conklin was fortunate to power it across the goal line. Conklin also chipped in the two-point try, giving Holland Christian an 8-7 lead.

Hamilton would once again score first in the second quarter. Midway through the frame, Spencer VandenBrink scored on a 6-yard carry. Brant Goodpaster completed the conversion run, putting the Hawkeyes ahead by eight. Lucas Conklin would answer with his second touchdown, a 1-yard plunge. Ben Nelson booted the extra point to bring the score to a 15-15 halftime draw.

In the second half, each team found the end zone once. Holland Christian scored in the third quarter, when Lucas Conklin again rumbled into the promised land from a yard out. Hamilton’s score came with a minute to go, when Parker Phillips ripped of a 5-yard carry. Twice in the fourth quarter, Holland Christian’s drives were halted with interceptions. As a result, the game went to overtime.

Hamilton got three consecutive 3-yard carries, meaning that they faced fourth and goal from the one yard line. A touchdown meant that we would see at worst second overtime, but at best, a Hamilton victory. Holland Christian’s defense stepped up to the gargantuan task, tackling Spencer VandenBrink in the backfield.

This is the first conference victory in 12 tries for Holland Christian, dating back to their 2019 OK Green finale against Holland. It’s their first non-Holland victory since they defeated Hamilton on October 4, 2019.

Lucas Conklin, who rushed for four touchdowns in the Maroons win, had just 38 yards on 10 carries. Reeves Taylor was the offensive leader with 70 rushing yards and 207 passing yards (19/36). Jordan Duncan had 82 receiving yards for the Maroons.

Next week, Holland Christian will square off with West Catholic in their season finale. Hamilton is set to face Coopersville in their finale. 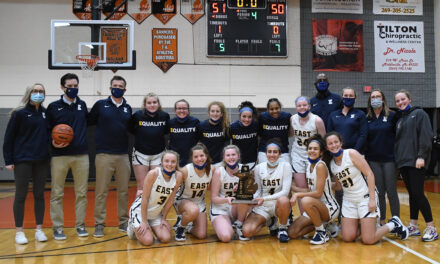 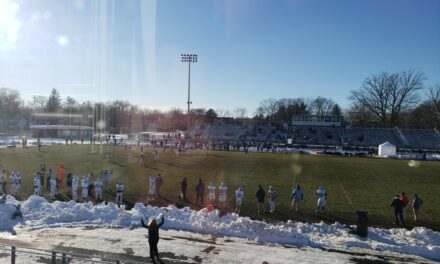