The Bridgman Bees and Mendon Hornets squared off of Friday night, a battle of two teams with perfect 3-0 records. Mendon, playing in their first season of 8-man football, was overmatched by one player, Reid Haskins. He scored six touchdowns as the Bees raced to a 45-0 victory.

In the first quarter, Haskins broke off two lengthy touchdown sprints. Just twenty-eight seconds into the game, he reeled off a 67-yard race to the end zone. On their next possession, Haskins bested it with a 71-yard sprint. Two missed conversions gave the Bees a 12-0 lead.

On the first play of the second quarter, Reid Haskins reeled off a 15-yard touchdown run. The Bees would extend the lead to 24 points when Haskins broke off another lengthy touchdown run, this one a 46-yard scamper. With the first half ending, Haskins powered across the goal line from a yard out. He would pass to his brother Wade Haskins on the successful two-point try, giving Bridgman a 32-0 lead.

In the second half, the Reid Haskins show continued. He had a 12-yard touchdown run in the third quarter, and a 27-yard touchdown pass to Jayce Warren in the fourth quarter. On defense, Haskins also recorded an interception.

Reid Haskins finished this game with 264 rushing yards and six touchdowns. He also completed 8/10 passes for 195 yards and a seventh touchdown.

Bridgman moves to 4-0 with the victory. They return to conference action with a game against Tri-Unity Christian next week. Mendon will square off with Blanchard Montabella in another non-league game on Friday. 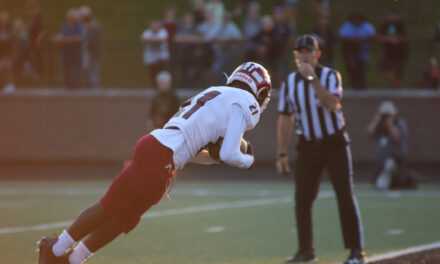 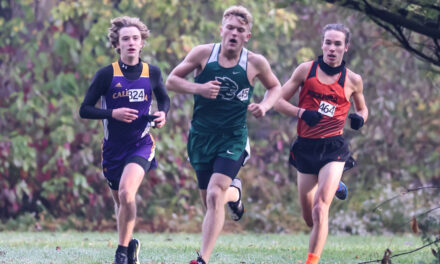