Belding Pitches a Shutout Against Lakewood

The Belding Black Knights took on Lakewood on Thursday in a matchup against an old league foe. These two spent nearly all of the 1970s and early 1980s as members of the Tri-River Conference. In their 28th all-time meeting, the Black Knights put on a defensive clinic. They cruised to victory, 36-0.

Koden McNeil started the scoring for Belding with a 77-yard sprint to the end zone. Just three minutes into the game, the Black Knights led 7-0. A Hayden Halladay interception set up an early second quarter score by Brice Flynn, doubling Belding’s lead.

The Black Knight defense continued to dominate, as Owen Meinke stepped in front of a Lakewood pass, returning the ball for a 45-yard pick six. A blocked punt by Jack Ward would set up a 19-yard touchdown by Koden McNeil, extending the lead to 29 points.

After the defense did their job in widening the gap on the scoreboard, Anthony Szubinski and Nolan German paired up for a 35-yard touchdown pass. This score with three minutes until halftime, thanks to the running clock, would be the game’s last.

Belding, 2-0 on the young season, will take on Kelloggsville (0-2) next week in their OK Silver opener. Lakewood will look for their first win when they square off with Leslie. 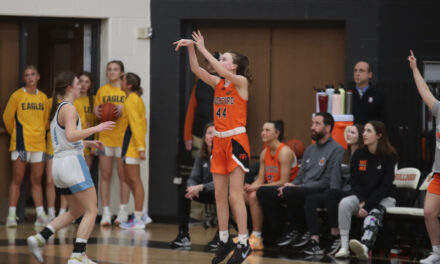