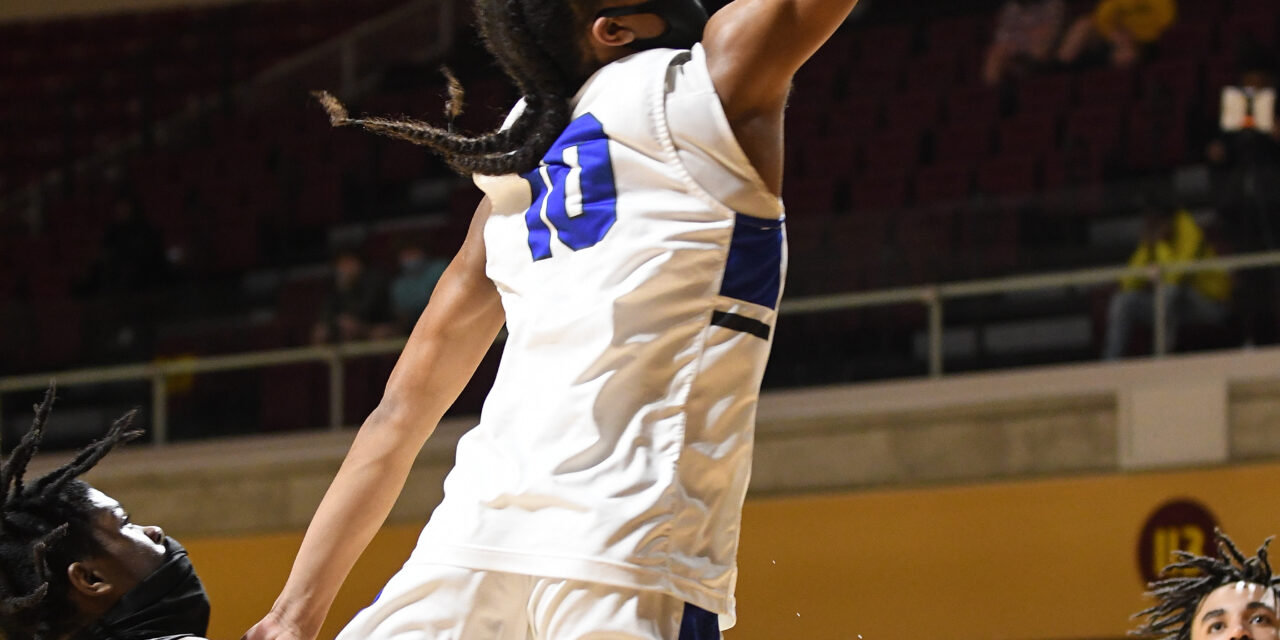 Grand Blanc 45 Ann Arbor Huron 36: The Bobcats captured their first-ever State Championship with a win over the River Rats on Saturday. This game was back-and-forth throughout the game, was the teams were tied at the end of the first quarter, as well as at halftime. Both teams scored twelve points in both quarters, bringing the midway tally to 24-24. The third quarter was ugly offensively, as each squad shot 2/9 from the field, and they combined for 3/10 at the charity stripe. The extra free throw went to Huron, so the River Rats led 30-29 with eight minutes to go. Huron would lead for the final time with 5:06 on the clock and a 34-32 tally on the scoreboard. A 9-0 run by the Bobcats pushed them ahead by seven with a minute to go, and Huron could not mount a comeback. Grand Blanc won this ballgame, despite shooting 27.9% from the field. RJ Taylor had 15 points, Timonte Boyd added 12 points and 7 rebounds, and Ty Rodgers chipped in 9 points and 7 boards. Huron was led by Devin Womack with 18 points and Kingsley Perkins with 14 rebounds.

Grand Rapids Catholic Central 77 Battle Creek Pennfield 54: The Cougars secured their first-ever State Championship in boys basketball, using an explosive second half to lift them to victory. Both teams scored thirteen points in the opening quarter, and followed that up with eighteen points in the second frame, evening the score at 31. GRCC scored twenty-three points in the final two quarters, while their defense limited Pennfield to ten and thirteen points. A 20-7 run to close out the third quarter was instrumental in having the Cougars create separation on the scoreboard. The Panthers never edged closer than thirteen points after that run. Kaden Brown scored 25 points to pace GRCC on 9/21 from the field. Jack Karasinski chipped in 18 points, while Durral Brooks and Jorden Brooks each had 10 points. Durral added 11 rebounds to the final tally. Luke Davis was the top performer for Pennfield with 17 points. Ryne Petersen had 11 points for the Panthers.

Flint Beecher 75 Iron Mountain 47: The Bucs are back atop the perch of the Division 3/Class C basketball world, capturing the school’s ninth State Championship, their first since 2017. Beecher got out to a hot start in this game, a 16-8 first quarter lead, and they doubled up Iron Mountain 38-19 at the break. They continued this ferocious offensive attack in the second half, as their lead grew as large as 34 points. Beecher shot 33/53 (62.3%) from the field, and they were 3/6 from three. Keyon Menifield Jr. was 17/27 to pace the Bucs, finishing with 37 points, the 13th highest single-game total in MHSAA State Championship game history. Carmelo Harris joined him in double figures with 16 points. Iron Mountain saw Foster Wonders (13), Jurgen Kleiman (12) and Dante Basanese (11) finish in double figures.

Detroit Douglass 47 Wyoming Tri-Unity Christian 41: The Hurricanes are bringing a title back to the PSL with a win over Tri-Unity. The Defenders took an early lead, 12-11 after the first quarter. Douglass responded with an 11-7 second quarter advantage to jump in front by three at halftime. Tri-Unity remained within a basket with 1:22 to play in the third quarter, but Douglass scored the last seven points of the frame to carry a nine-point edge into the fourth quarter. The Hurricanes pushed their lead to twelve points before Tri-Unity embarked on a run that got the Defenders within three points with a minute to play. Some key free throws by Douglass iced the ballgame. Pierre Brooks and Javantae Randle each recorded 15 point double-doubles to lead the Hurricanes. Brooks had 11 rebounds, while Randle had 10. Tri-Unity was led by Brady Titus, who hit 10/25 shots to finish with 21 points.