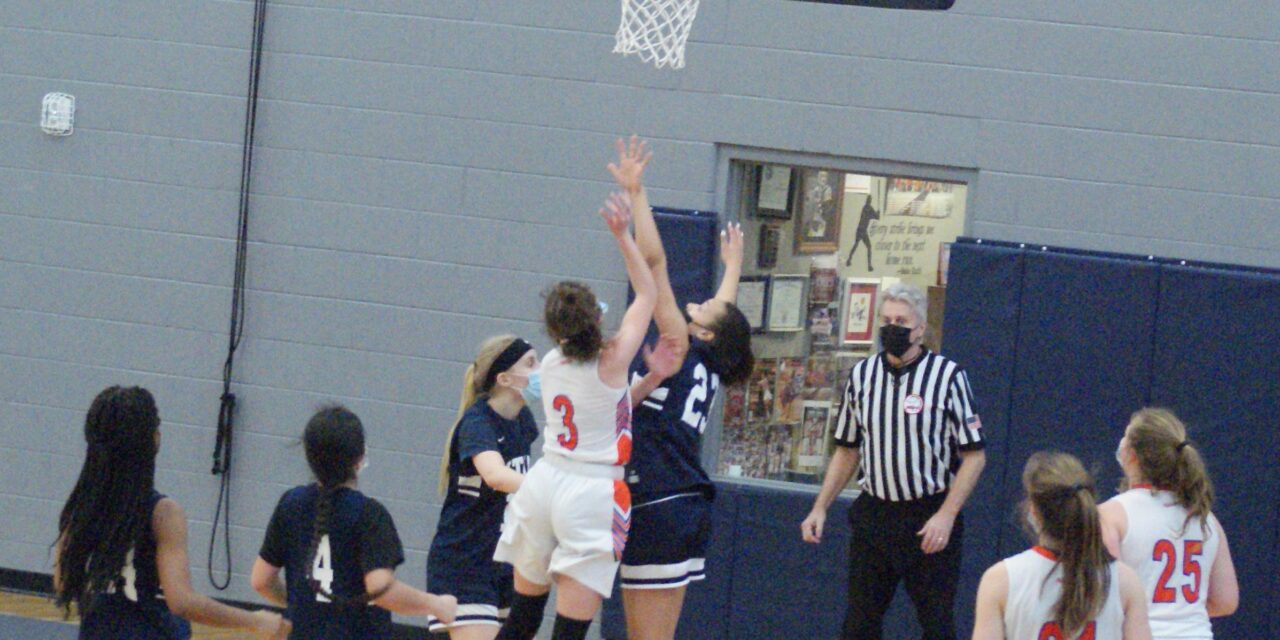 Byron Center 59 Vicksburg 44: Byron Center won the “Battle of the Bulldogs” on Thursday night. This game was not even scheduled until this afternoon, after Vicksburg had their scheduled contest cancelled. With this win, BC improves to 5-10, while Vicksburg slides to 1-9.

Caledonia 56 Jenison 45: The Fighting Scots battled with the Wildcats in OK Red play, but in the end, Caledonia earned their eighth win of the year. This victory was monumental for Caledonia, as they secured the program’s first winning record since 2011-12, regardless of the postseason.

Forest Hills Central 55 East Grand Rapids 29: The Rangers went on the road and dominated the Pioneers on Thursday night. After just a five point lead after the first quarter, FHC held EGR to single digits in the final three frames. Dallas Hopson led FHC with 12 points, while Jacob Bonnett and Jonah Spates each added 8.

North Muskegon 53 Mason County Central 29: The Norsemen topped the Spartans in a WMC clash. A hot start gave NM a 34-11 halftime lead, and they never looked back. Brendan McManus led the Norsemen with 21 points, while Troy McManus and Rob Eckheart added 8 each. Mason County Central was led by Will Chye (11) and Jayden Perrone (7).

Rockford 52 Hudsonville 49: The Rams edged the Eagles in a thrilling OK Red finale for these two teams. The game was even when Calvin Kibbe hit the game-winning three-pointer with two seconds to play. Kibbe led the Rams with 15 points, while Sam Krist (14) and Brennan Schueller (12) joined him in double digits. Davis Magsig led Hudsonville with 14 points.

Zeeland East 87 Wyoming 54: The Chix secured a victory in OK Green play, dominating the Wolves to clinch at least a share of the league title. Trip Riemersma led ZE with 21 points, while Nate Claerbaut added 18 points. Zeeland East can clinch the outright title with a win over Muskegon on Friday night.

Forest Hills Eastern 64 Ottawa Hills 40: This OK Gold battle was all square at halftime, but a 35-11 second half powered the Hawks to victory. Brooke Toigo led FHE with 21 points, while Grace Doherty added 7. Ottawa Hills was led by Aynesha Easley (13) and India Whiteside (9).

Lake City 50 Standish-Sterling 46: The Trojans and Panthers battled in a non-league battle between two extremely talented basketball clubs. In the end, Lake City emerged victorious with a four-point win. In defeat, Standish-Sterling was led by Elle Adrian (20 points, 13 rebounds) and Macey Fegan (19 points and 11 rebounds).

Muskegon 47 Mona Shores 42: The Big Reds took down the Sailors in an OK Green battle. Strong play in the first and fourth quarters helped Muskegon emerge victorious. Kailyn Nash had a phenomenal game, scoring 32 points for the Big Reds. Olivia Sobczak (11) led the Sailors, while Bri Wade, Jenna Tierman and Riley Rosenthal each chipped in 8 points.

West Michigan Aviation Academy 53 Grand River Prep 44: The Aviators topped the Titans in the Alliance League finale for both clubs. WMAA captured the Senior Day victory thanks to 22 points from Sierra Greer. The Aviators built a thirteen-point halftime lead that was trimmed down to six points late in the third quarter, before Bre Holmlund hit a huge triple for WMAA. Sophia Wozniak led Grand River Prep with 22 points.

Whitehall 56 North Muskegon 21: The Vikings cruised to a WMC win, taking down the Norsemen on Thursday night. It was a slow start offensively, just 9-3 Whitehall after the first quarter, but they would win each of the next two quarters 15-5 to create major separation. Sarah VanDam led the way with 10 points, while Greta Hosticka and Charley Klint each had 7.