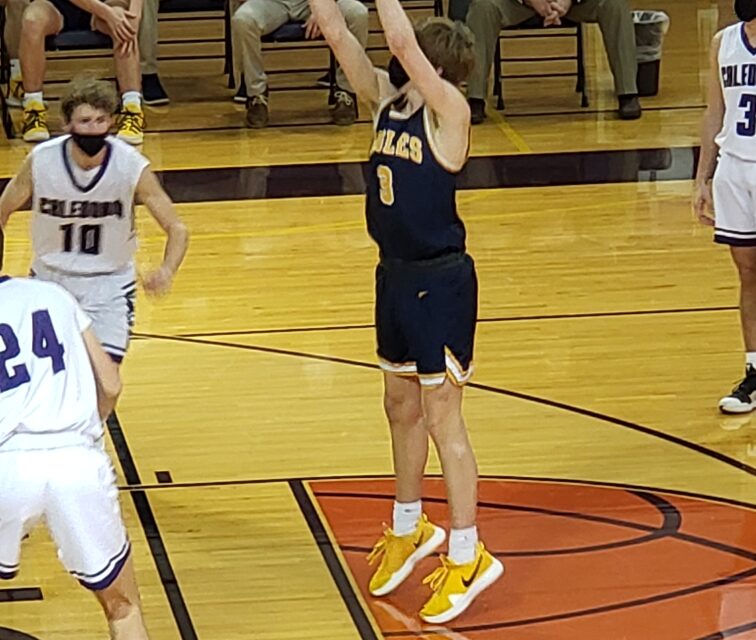 Benzie Central 83 Onekama 42: The Huskies snapped a three-game losing skid with this victory over the Portagers. Benzie Central played stellar defense and hit 16 three-pointers. Nate Childers had 19 points, Jaxson Childers added 17 points, and both Quinn Zickert and Chaz Grundy finished with 13 points. Onekama falls t0 0-11 on the season with this defeat.

Frankenmuth 71 Bay City John Glenn 37: A 24-7 first quarter edge helped the Eagles capture another TVC victory. Ben Reinert had 16 points to lead all scorers, Riley Roy added 12 and Ryan Brenner added 11. Ethan Jacobs did a bit of everything with 4 rebounds, 6 assists and 4 steals.

Grand Haven 35 Rockford 31: The defenses flexed their muscle on the Lakeshore on Thursday night. In the end, the Bucs edged out the Rams to inch closer in the conference standings. Rockford (9-2) is just one game ahead of West Ottawa and Grand Haven (8-3).

Grandville 65 Jenison 49: The Bulldogs secured another OK Red win, this time taking down the Wildcats. Tommy Gregwer posted a double-double with 30 points and 12 rebounds. With this defeat, J-Town slides to 0-12 on the year and 0-11 in OK Red play.

Hudsonville 55 Caledonia 48: The Eagles and Fighting Scots battled in Caledonia on Friday night. Hudsonville held a lead for a majority of the night, though Caledonia made it close. In the end, the three-point shooting and slip screens were too much for the Fighting Scots to handle.

Muskegon 76 Wyoming 51: The Big Reds had little trouble taking down the Wolves in an OK Green battle. Jordan Briggs (18), Ethan Hill (14), Kalil Stimage (13) and Anthony Sydnor III (13) finished in double figures for Muskegon. Ramere Draper (17) and Joshua Ansley (13) did the same for Wyoming in defeat.

Ravenna 57 Hart 53: The Bulldogs surpassed the Pirates on Thursday night in a close battle. Joel Emery scored 24 points to go along with 5 rebounds and 4 assists, while Kyle Beebe had 14 points, 9 rebounds, 5 assists and 6 steals. Carter Schullo finished with 8 points, 4 rebounds and 3 steals.

Whitehall 57 North Muskegon 53: The Vikings and Norsemen battled in WMC play. Whitehall jumped ahead 11-5 after the first quarter, but North Muskegon rallied to take a 19-16 edge at halftime. After a even third quarter, Whitehall closed with a 25-18 fourth quarter. Both teams were strong offensively, shooting 41%. The Vikings overcame an 0/11 three-point shooting night with 17/28 from the free throw line. Dayton Cole had 25 points and 5 rebounds to lead Whitehall. Troy McManus led North Muskegon with 12 points and 4 assists.

Zeeland East 67 Mona Shores 40: Mona Shores started out hot, taking an 11-3 lead. Zeeland East rallied behind Trip Riemersma to take a 17-16 first quarter lead. They led by ten points at halftime and continued to build that lead throughout. Riemersma led the Chix with 25 points, 6 rebounds and 4 steals. Brandon Claerbaut added 11 points, and Nate Claerbaut had 10 points, 9 rebounds, 6 blocks and 5 assists.

Zeeland West 58 Reeths Puffer 56: The Dux and Rockets have met twice this year, and this meeting was just as thrilling as round one. At the end of this game, Carson Gulker hit the game-winning shot with three seconds to go, lifting Zeeland West past Puffer.

East Kentwood 71 West Ottawa 49: The Falcons topped the Panthers in an OK Red game to move to 10-1 on the season. Alexis McCully had 18 points and 11 assists, while Keliese Christopher added 16 points and 14 rebounds.

Hamilton 55 Spring Lake 34: The Hawkeyes topped the Lakers in OK Blue action. A 30-11 halftime lead was too much for Spring Lake to overcome, although they played the second half much closer (25-23). AJ Ediger led all scorers with 28 points for Hamilton, including 22 in the first half. Jennifer Judge led Spring Lake with 13 points, while Masen Carey added 10 and 5 rebounds.

Hopkins 40 Calvin Christian 35: The Vikings edged the Squires behind 13 points and 17 rebounds from Mady Weber. Both teams are now 5-9 on the season.

Hudsonville 64 Caledonia 22: The Eagles had little trouble topping the Fighting Scots on Thursday in OK Red action. Emma Costen posted a double-double with 15 points and 10 rebounds, while Jaci Tubergen added 13. Caledonia slides to 1-10 on the year while Hudsonville is now 13-1.

Mona Shores 35 Zeeland East 31: The Sailors led by a point after the first quarter, and they slowly built on their lead, ultimately winning by four points. Bri Wade led Mona Shores with 12 points, while Zeeland East was led by Audrey Dreyer (11).

Shelby 52 Oakridge 45: The Tigers move to 8-6 with a WMC win over Oakridge. Shelby played strong defense, holding Oakridge to 29.6% from the field and 25% from deep. Lexi Schultz led the Tigers with 16 points, Kendall Zoulek added 12, and Lauren Brown added 9 points and 10 boards.

West Catholic 68 Fruitport 4: The Falcons dismantled the Trojans in OK Blue action. West Catholic built a 32-2 first quarter lead, turned that into a 43-4 halftime lead, and outscored Fruitport 25-0 in the second half to extend their lead. Maddie Smith led West Catholic with 14 points. The Falcons are a perfect 11-0 on the season both overall and in the conference. 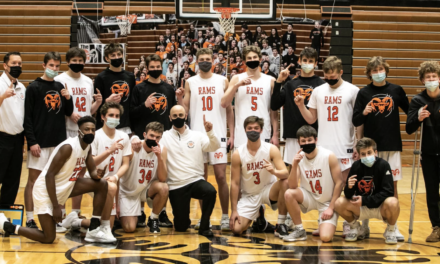