The Montague Wildcats and Muskegon Catholic Central Crusaders met on Friday night with a district championship on the line. These two teams were amongst the best in Division 6 all season, and it looked as if this was a possible State Championship level matchup in the third round. The Crusaders were without their starting quarterback, and that made a crucial difference in a game that the Wildcats would win 36-7.

Drew Collins scored the first touchdown of the game when he used his legs for a three-yard touchdown rush. This would be the lone touchdown in the first quarter.

Montague extended their lead midway through the second quarter with another short touchdown run. Once again it was Drew Collins, who plunged across the goal line from a yard out. This extended the lead to 14-0 as the teams went to halftime.

Drew Collins took to the air for the first touchdown of the second half. He connected with Dylan Everett, and nineteen yards later it was 21-0 Montague. Collins would go back to the ground game, rushing for a twenty-seven yard touchdown in the final minutes of the third quarter. Montague took a commanding 29-0 lead into the final frame.

In a stunning moment, the running clock came into effect at Muskegon Catholic Central with 8:01 to play in this contest. Drew Collins and Sam Smith paired up for a twenty-one yard pass that gave the Wildcats a 36-0 lead. This would last for nearly five minutes, before Joseph Waller scored the first touchdown of the night for the Crusaders.

With an absence at the quarterback position, even more weight was felt by the ground game in this one for the Crusaders. Joseph Waller rushed for 75 yards and Nick Powell led the team with 99 yards, but they only racked up 231 as a team on 45 carries. This was the lowest team total for Muskegon Catholic this fall.

The Wildcats rushed for 199 yards and they passed for 200, a nearly symmetrical offensive balance. Drew Collins led the way with 179 yards passing and two touchdowns on 17/25. Collins also turned eighteen carries into 117 yards and three more scores. On the defensive side, Collins hauled in an interception. This performance earns him Redi-Rental Player of the Game honors.

Dylan Everett added sixty-one yards on the ground for this Montague offense. Hayden McDonald was the star defensively, as he recorded ten tackles and recovered a fumble. Owen Petersen also forced a turnover when he recorded an interception.

Next week, Montague will advance to the regional finals. The Wildcats will return home to host Montrose. The Rams advanced tonight after sneaking past Millington 40-35. 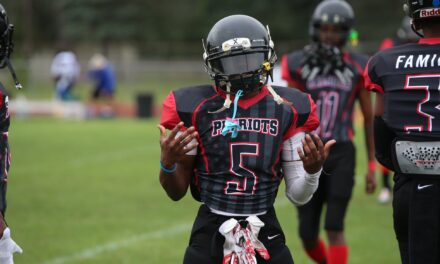 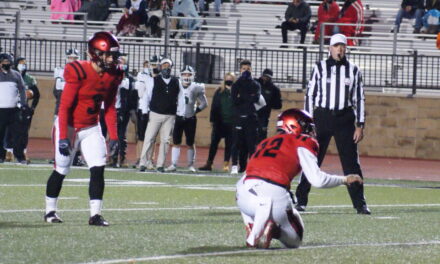