The Shelby Tigers and Ravenna Bulldogs wrapped up their 2020 regular seasons with a battle on the gridiron. Ravenna was able to flex their offensive muscle in a dominating 57-0 victory.

Thomas McCullough scored the lone touchdown in the first quarter. He used his legs to cap off a drive with a six-yard plunge. This gave Ravenna the early 7-0 edge.

In the second quarter, the Bulldogs found their bite and scored three touchdowns. Kyle Beebe and Joel Emery paired up for the first score on a sixteen-yard pass. Two minutes later, McCullough was back in the end zone with a thirty-five yard touchdown run. In the closing minute of the first half, Steven Cook ran for a four-yard touchdown. Ravenna took the 25-0 lead into the locker room.

In the final frame, two more Bulldogs joined the scoring party. Clay Schullo ran for a twenty-eight yard touchdown in the opening minutes of the frame. As time expired, Drew Mabrito broke off a sixty-four yard touchdown to bring the game to its final 57-0 score.

The Ravenna defense dominated in this game, as they held Shelby to (-7) yards of offense. This was more impressive than the offense racking up 418 yards of offense, including 350 on the ground. Those 350 yards were gained by eight Bulldogs that all tallied at least 25 yards.

Tonight’s Redi-Rental Bulldog of the Game goes to Kevin Spoelman who led the team with 6.5 tackles, including three for a loss. He was a key part of that potent rush defense.

The playoff matchups for both schools will be announced on Sunday. These matchups will be posted on MSR shortly after the MHSAA announcement. 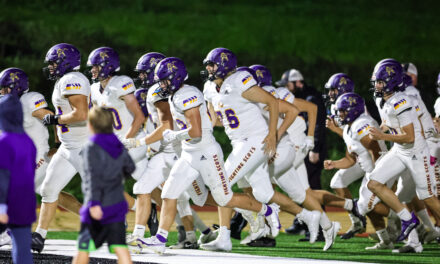 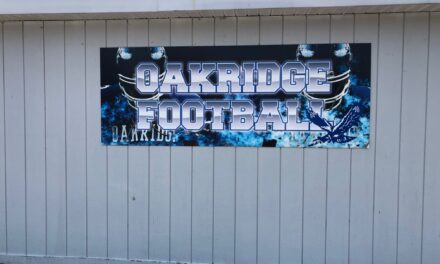