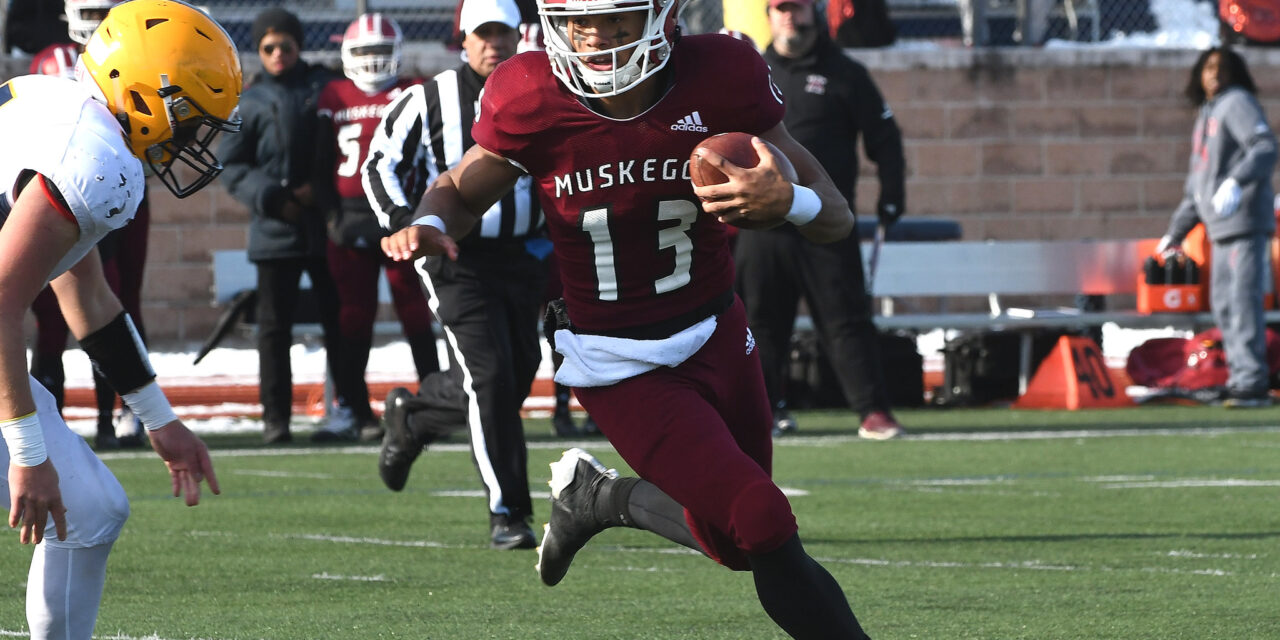 The Muskegon Big Reds and Zeeland East Chix met on Friday night at Zeeland Stadium for an OK Green battle. These two teams each had a loss in league play entering the night, so this game was increasingly crucial if they wanted to remain in the league title race. A plethora of scoring plays early in this game helped Muskegon race out to a big lead, and they proceeded to coast to a 49-20 win over the Chix.

Just three minutes into the game, Muskegon struck first. Jacarri Kitchen made his way through the Chix’ defense and into the end zone from fifteen yards out. After a quick three and out, Damari Foster fielded the punt and weaved his way through the crowds, and sixty-five yards later he was standing in the end zone. Ethan Houghtailing and Sam Cochran would help Zeeland East respond, as the pair connected for an eleven yard touchdown, making it 14-7 Big Reds.

In the second quarter, it was the Amari Crowley show. First, the quarterback kept the football and ran fifteen yards to the end zone. On their next drive, he and Kitchen paired up for a sixty-five yard touchdown pass. Finally, Crowley and Jeremiaus Evans paired up for a nine-yard touchdown to make it 35-7 Muskegon as the teams went to half.

Zeeland East started the third quarter out strong, as they marched all the way down to the six-inch line of Muskegon. On third and goal, Muskegon’s defense stepped up and forced a fumble, changing the possession and killing any momentum the Chix had gained. They got the running clock in effect when Crowley ran eighty yards for a touchdown to make the score 42-7.

In the fourth quarter, with the running clock in effect, the scoring was limited. With five minutes to go, Jacarri Kitchen ran thirty-five yards to the end zone for a touchdown to make it 49-7 Muskegon. Houghtailing and Cochran would connect twice for scores in the final five minutes for Zeeland East, but it did little for their chances to win this game.

Next week, Muskegon (3-1) will play Zeeland West in a huge OK Green showdown. Zeeland East (2-2) will host the Holland Dutch on Friday night. 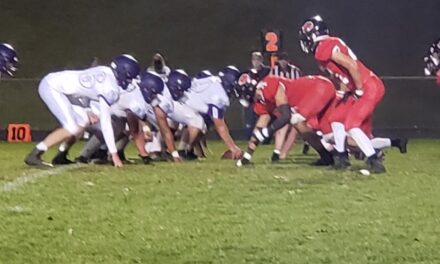 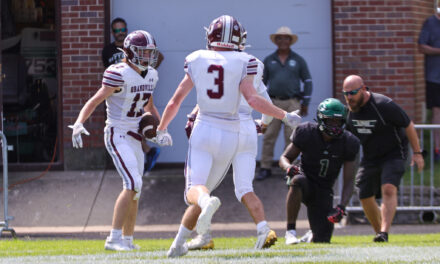