The Frankenmuth Eagles continue to flex their muscle and show why they are one of the top teams in Division 5 this fall. After embarrassing Freeland last week, the Eagles showed no restraint in their victory against Swan Valley on Friday. Only one touchdown was scored in the first half, but Frankenmuth exploded for twenty eight points to deliver the 35-6 victory.

Both defenses played stout football in the first half, and they kept each other off the scoreboard except for one drive. Frankenmuth got seven points on the board when Davin Reif found Cole Jankowski for a twenty one yard touchdown. This 7-0 lead remained true as the teams went to the locker room.

Frankenmuth started the second half with a bang, as Daniel Barger exploded for a seventy yard touchdown run on the first play from scrimmage to make it 14-0. Swan Valley immediately posted a three and out, giving the football back to Frankenmuth. That punt return was returned fifty yards by Riley Roy, and Swan Valley committed two unsportsmanlike conduct penalties that gave Frankenmuth the ball eight yards from the end zone. This quick march was capped off when Konner Roche ran it in from two yards out.

Their lead would be extended even further when Roche scored again five minutes later. Swan Valley finally found the end zone when Avery Goldensoph tossed a deep ball to Brady Alverson for a fifty-five yard touchdown.

Ahead 28-6, Frankenmuth padded their lead with one more score. Cole Lindow ran sixteen yards to the end zone for the final touchdown of the evening.

Frankenmuth, now 2-0, will travel to Essexville Garber next week. Swan Valley falls to 1-1 with the defeat, and they will host Bay City John Glenn this Friday. That game will be LIVE on MSR. 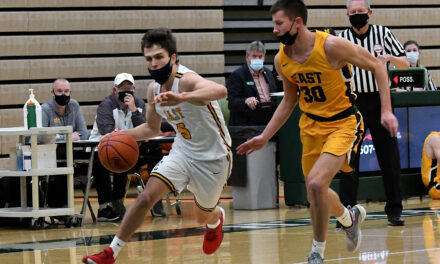