Football is a game of inches. One more yard. One successful kick. One tackle broken. You name it, the game always comes down to a few plays that were just inches from going the other way and changing the outcome of the game. In the CSAA-Gold battle between Tri-County and Grant, mistakes and narrow misses help explain why the Vikings came up one point short on the scoreboard, a frustrating 7-6 defeat.

Grant scored once in this game, a Brendan Keelan three-yard keeper put the Tigers on the scoreboard. Even more crucial for Grant was their successful extra point attempt. When Tri-County scored on a Trent Behrenwald four-yard run, they did not have such great luck on the point after. Their attempt was unsuccessful, leaving the final difference in this game that one extra point.

The reason for defeat is not solely on the kicker by any means however. Tri-County had over 100 penalty yards in this game, including five personal fouls. Giving a team an entire extra field of yardage will rarely result in winning results on the scoreboard. Despite these miscues, the Vikings still had a chance to win this game late however. On fourth and three, they were at the Grant fifteen in the closing minutes. The pass attempt from David Sheehan was batted down, and that ended the final chance for the Vikings in this game.

There were some positives for the Vikings in this game. Chase Dewey had thirteen tackles, including three for a loss. The defense played fantastic tonight, and as a result this was the closest defeat against Grant in the seven-game losing streak in the series.

Tri-County will host Newaygo next week in a game that will be broadcast LIVE on Michigan Sports Radio. Grant will aim for their second win of the year when they host the Fremont Packers. 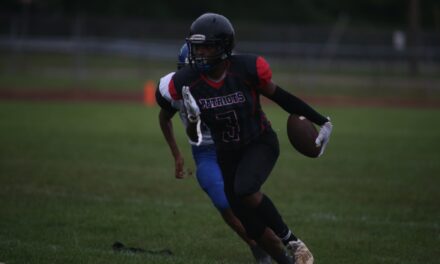 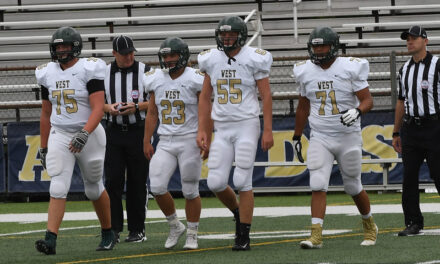