The Caledonia Fighting Scots, coming off a thrilling victory against Rockford, were back on the gridiron on Saturday to square off with Grand Ledge. Thanks to a 21-0 second half advantage, the Fighting Scots will be marching on with a 42-14 victory.

In the opening frame, the two schools swapped scores. First, Caledonia found the end zone with a 10-yard keeper by Mason McKenzie. Just moments later, Grand Ledge answered with a 2-yard carry by Mason Stocker. With successful PAT kicks, the game was deadlocked at 7.

Thirty-nine seconds into the second quarter, Caledonia found themselves back in the endzone. This time, it was Brock Townsend breaking free for a 19-yard score.

With ninety seconds to play in the half, McKenzie aired it out. He paired up with Derek Pennington Jr. on a 7-yard touchdown strike. Caledonia would only take a seven-point lead into the locker room, as Shawn Foster and Teddy Williams wrapped up the second quarter with a 7-yard touchdown toss.

The second half was all Caledonia. With a touchdown in the third quarter and two in the fourth quarter, they sealed this game away. McKenzie provided the first two scores with carries of 1 and 15 yards. Townsend wrapped up the offensive action with a 38-yard sprint past the Comets’ defense.

Caledonia outgained Grand Ledge in this game 411-318. Mason McKenzie finished 5/9 passing for 124 yards and a touchdown. He added 99 rushing yards on 14 carries. Brock Townsend turned 18 carries into 179 yards for the victors. 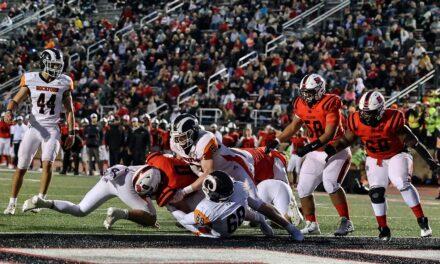 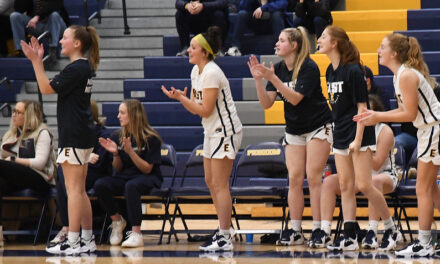 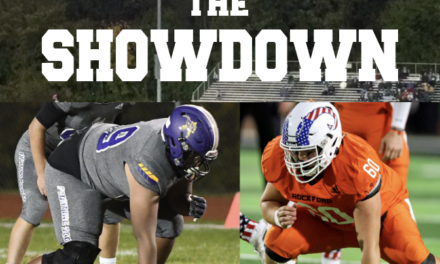 The wait is over for Rockford and Caledonia