Dustin Loomans got the scoring party started with a 53-yard touchdown strike to Bryce Calkins. Later in the first quarter, Wayland doubled their lead when Loomans carried the football 4 yards across the goal line. This gave the Wildcats a 14-0 edge.

Nate Winchel booted his first field goal of the season, a 31-yard kick, that extended the Wayland advantage. Ottawa Hills would snap the scoring drought with a 22-yard touchdown carry from Keymarion Gibson.

In the remaining minutes of the first half, Wayland pushed their lead further. Maverick Daley powered across the goal line from five yards out. Dustin Loomans added another score, a 6-yard keeper. Wayland took a 31-7 lead into the locker room.

There was less scoring in the second half, but the Wildcats held the advantage yet again. Maverick Daley returned to the end zone with a 5-yard carry, and Hudson Biondo broke free for a 26-yard touchdown run. Keymarion Gibson wrapped up the evening’s scoring with a 28-yard sprint for the Bengals.

Wayland racked up 400 yards of offense in this win, 313 on the ground. Maverick Daley led the team with 99 rushing yards on 13 carries. Ottawa Hills was led by Keymarion Gibson, who turned 12 carries into 199 yards and two scores. 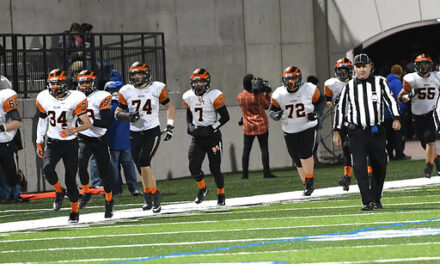 Belding Pitches a Shutout Against Lakewood 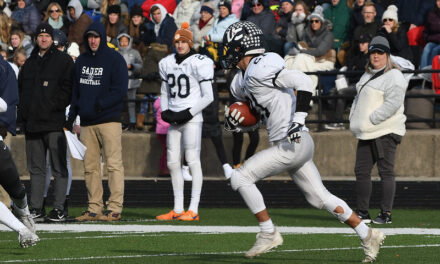