It has been another great start to the football season for the Frankenmuth Eagles. The Eagles have been cohesive on both sides of the ball to start the year. It was a game in which they were hoping to not stub their toe in when they traveled to Bay City Friday night. Bay City John Glenn was able to get off to an impressive win to start the year. The last three weeks, however, have not been mind to the Bobcats. Although their offense has been able to keep them in games to a point, their defense has given up 42 and 43 points, respectively, in consecutive weeks. There would be another stiff test in front of them in week 4.

This one would be at a stalemate until midway through the 1st quarter. Frankenmuth would open up the scoring when Griffin Barker would find the end zone on a 10-yard touchdown run. This would give the Eagles the lead, 7-0, on the first of many successful PAT’s on the night from Will Soulliere. Aiden Hoard would open up things a little more for the Eagles. He would give his team a 14-0 lead after a 3-yard touchdown run.

Frankenmuth would keep their well-oiled machine running in the 2nd quarter. Zac Andrews was able to scamper in from 7-yards out to find the end zone. Hoard would then get busy through the air when he would find Jonah Sholten from 9-yards out. That wouldn’t be it though as Hoard would then add another, this time finding Riley Hubbard from 12-yards out. It was all Eagles to this point. Frankenmuth would head into the half with a 35-0 lead.

After a scoreless 3rd quarter, Frankenmuth would strike again in the 4th. Owen Fehrman would find daylight en route to a 39-yard touchdown. Andrews would then find the end zone for the second time on the night. He would get in from 44-yards out. Everything would be settled to that point as Frankenmuth would take care of what they needed to. They go on to take this one 49-0.

The Eagles were dominant on both lines of scrimmage. They were able to pile up 282 yards on the ground. Their defense would not be out done as they would hold John Glenn to just 104 yards of total offense.

Frankenmuth moves to 4-0 overall on the year, and 3-0 in TVC play. They will celebrate this one, but maybe not for long as they now have a chance to set their sights on the Freeland Falcons. Freeland is coming off another dominant win of their own, as they beat Garber Friday night. Freeland comes in at 4-0, and 3-0 in the TVC. There’s no denying how big this one will be. The Eagles will barge into Falcon country next Friday in what will be true must-see-action broadcast live on Michigan Sports Radio. John Glenn will look to put this one aside quickly as well as they try and get back on track. They move to 1-3 overall on the year, and 0-3 in TVC play. They have a chance next week to build some momentum in what should be a tight game against Bridgeport. Bridgeport comes in at 0-4 overall, and 0-3 in the TVC. Both teams will look to change their season around when the Bobcats travel to Bridgeport to take on the Bearcats next Friday night. 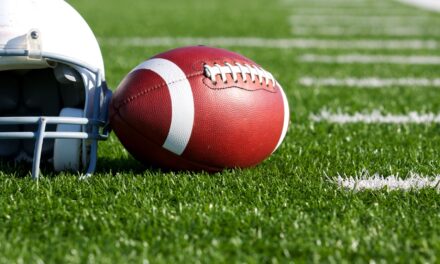 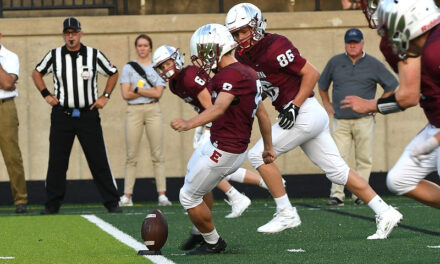