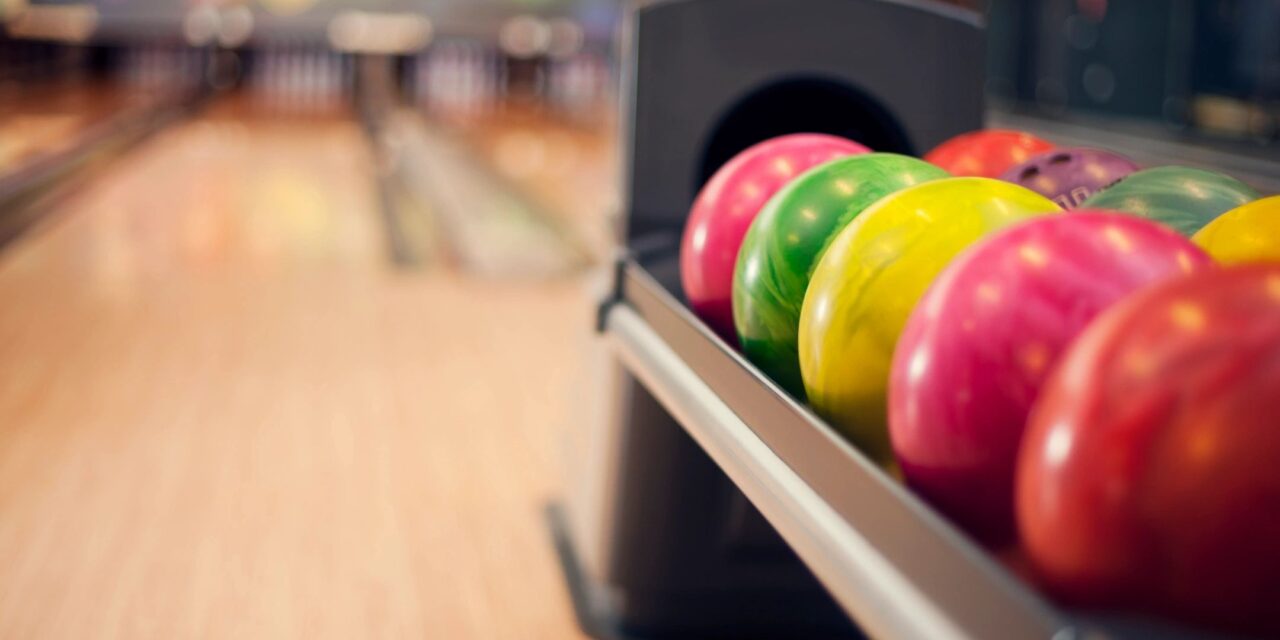 The MHSAA Bowling State Finals took place last weekend throughout the state of Michigan. On Friday, the teams battled it out for team glory, before the Individual Finals on Saturday. Below is the recap of the best in our MSR coverage area.

Rockford (7th) and Jenison (8th) qualified for the bracket in D1, while Forest Hills Northern (17th) did not. Both the Rams and the Wildcats bowed out in the first round of match play.

Alec Bisterfeldt (Caledonia, 3rd), Nate VanderBeek (Wyoming, 4th), Carson Hommes (FHN, 9th), Tony DeLuccia (Rockford, 10th), and Ayden Sulzener (Caledonia, 11th) qualified in the 16-bowler bracket. Hommes was the only bowler to advance past the first round, as he won 378-311. In the second round, Hommes was defeated 408-395 by the top seed David Schaberg from Holt.

Zeeland (3rd) and Grandville (4th) qualified for the bracket play, while Rockford (18th) did not. Despite being “favored” seeds, both teams were upset in the first round of match play, with losses by less than 60 pins.

Zeeland had a strong individual showing, as a trio of ladies qualified for match play: Alyssa Fortney (4th), Morgan Smith (5th) and Hayden Pompey-Oshinski (6th). Hudsonville saw Morgan Blouw (13th) qualify for the bracketed round as well. In a West Michigan showdown, Fortney defeated Blouw in the first round 437-326. Fortney would then face Smith, her teammate, in the second round after Smith won 391-304. Fortney would prevail with a narrow 410-393 victory, punching her ticket to the semifinals. A 439-422 victory saw Fortney advance to the finals, where she faced Emma Siekierski of Davison. Unfortunately for Fortney, she lost 430-374, earning her a runner-up finish.

“It was truly a team victory for us, as different players stepped up,” Northview Coach Harold Klukowski shared. “Kyle (Pranger) and Ryan (Carpenter) delivered in qualifying, but we relied on Cadyn (Pranger) and David (Frey) in the match play rounds. This solidified to us that we were a top team, and not just a top bowler.”

Klukowski was overwhelmed with celebratory messages from area coaches and members of the West Michigan bowling community. “Within five minutes of winning, I had at least twenty texts and calls from coaches. So many people sent us messages that they were watching and following, and that they were so excited for our program. Winning for Northview is truly special, but this made it feel like we won it for more than Northview. This is a state title for bowling across West Michigan.”

Northview returned nearly the same team from a year ago, where they reached the match play. The addition of Cadyn Pranger brought a great boost to this team. Despite this fact, they weren’t ranked in any of the State Rankings this year. “We knew what we were capable of, and this truly put a chip on our shoulder throughout the playoffs”, Klukowski revealed. As for next season? All but Dawson DeWitt return for the Wildcats, who will certainly have a target on their back as the defending State Champions.

Northview nearly claimed the individual title as well, with Kyle Pranger reaching the State Finals. Pranger, the defending Individual State Champ, secured the #1 seed in qualifying and faced little resistance on his way to the finals. In the title game against Zack Sisk of Gibraltar Carlson, the pair tied 409-409. This led to a roll-off, which Sisk won 60-59. Ezekiel Heerema (GR Christian, 13th) also qualified for the match play.

Sparta (4th) was the lone area team to reach bracket play. Allegan (9th), Wayland (11th), Whitehall (13th), Hastings (14th) and Coopersville (17th) were unable to advance out of the qualifying stage. The 4th seeded Spartans lost 1195-1246 in the first round of bracket play.

Belding (5th) reached the bracket, but they did not advance out of the first round. Comstock Park (12th), Kent City (13th), and Frankenmuth (15th) fell short in qualifying rounds.

Trent Beerman (3rd, Orchard View), Trent Altman (8th, Belding) and Charles Brown III (11th, Hopkins) were able to qualify into the bracketed match play. All three suffered a defeat in the opening round of the bracket.

West Michigan appeared well represented in the D3 girls bracket play, as Kent City (1st) and Unity Christian (2nd) secured the top two seeds. The Eagles were stunned by 8-seed Shepherd, falling 1073-1061 in a heartbreaking defeat. Unity Christian beat Olivet 1029-995, but lost in the semifinals to Cheboygan 1096-960. Shepherd would ultimately defeat Cheboygan in the finals, but that would be no solace to either the Eagles or the ‘Saders. Grand Rapids Catholic Central (17th) did not qualify for the bracket.

Peytin Brake (4th, Kent City) and Ashley Hunter (8th, Comstock Park) were the lone area bowlers that qualified for the match play round in Division 3. Brake was upset in the first round, but Hunter captured a 301-288 victory. In the quarterfinals, Hunter lost 370-448 to eventual State Champion Brooklyn Butler.

The Potter’s House Pumas (2nd) secured a top seed in the bracket, but they were delivered a stunning 1108-1088 defeat at the hands of the Vandercook Lake Jayhawks. Calvin Christian (15th) did not qualify for the bracket.

No area bowlers qualified for the bracket play. Dylan Gordon of Ravenna was the top area finisher at 19th place in the qualifying round. Jackson Kremer of Jackson Lumen Christi secured the State Championship.

Ravenna (5th) was the lone team in the MSR coverage area to qualify for bracket play. They lost their opener to Allen Park Cabrini 987-1006. Lakeview (17th) and Wellspring Prep (18th) did not qualify for match play.