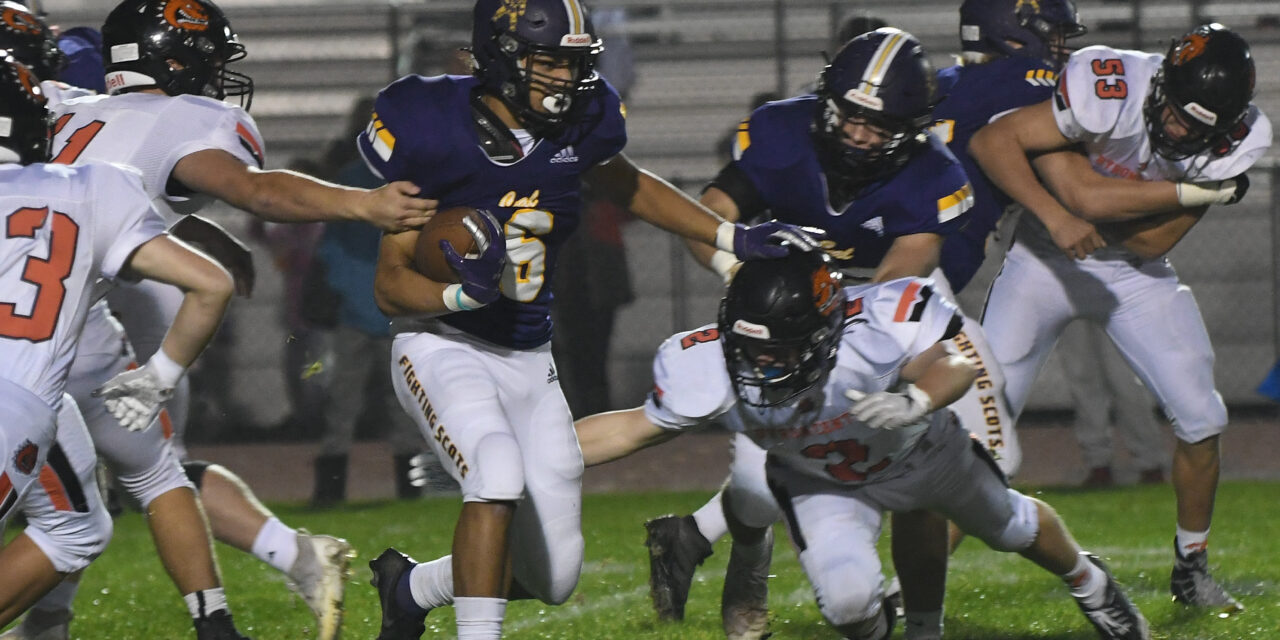 The Caledonia Fighting Scots had a phenomenal regular season, posting an 8-1 record. This allowed them to earn their first home playoff game since 2012. After a rocky start, a strong three quarters allowed Caledonia to emerge with a 28-14 victory, advancing to the District Finals once again.

In the opening quarter, Byron Center evaporated the energy out of a rowdy crowd at Ralph E Meyers Memorial Stadium. Hunter Schichtel used his arm to create two scoring opportunities for the Bulldogs. First, Schichtel found Jason Sevigny on a 55-yard scoring strike that put Byron Center ahead at the midway point of the quarter. On their next possession, he paired up with Owen Holverstott on a 35-yard touchdown. This gave Byron Center a stunning 14-0 advantage.

In the second quarter, Caledonia began their ascent back. Mason McKenzie used his legs for a 3-yard touchdown, the seventeenth time that he rushed for a touchdown this fall. After getting the football back, McKenzie used his arm to draw the Fighting Scots even. Just inside the red zone, McKenzie found Derrick Pennington Jr on a 24-yard touchdown, evening the count at 14. This draw would remain throughout the final seven minutes of the first half, and the entirety of the third quarter.

Caledonia relied on its second offensive weapon to capture a victory. With eight minutes to go, Brock Townsend capped off a drive with a 2-yard go-ahead touchdown. Townsend would ice the game with 36 seconds left, rushing for a 1-yard score. Connor Beach finished a perfect 4/4 on extra points in this game.

Caledonia advances to next week’s District Finals, where they will host Mona Shores. The Sailors impressed many on Friday with their 31-7 win over Forest Hills Central. This game is schedule to be played at Ralph E Meyers Memorial Stadium in Caledonia. 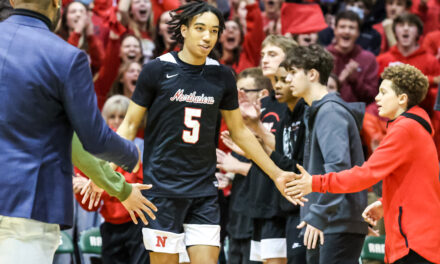