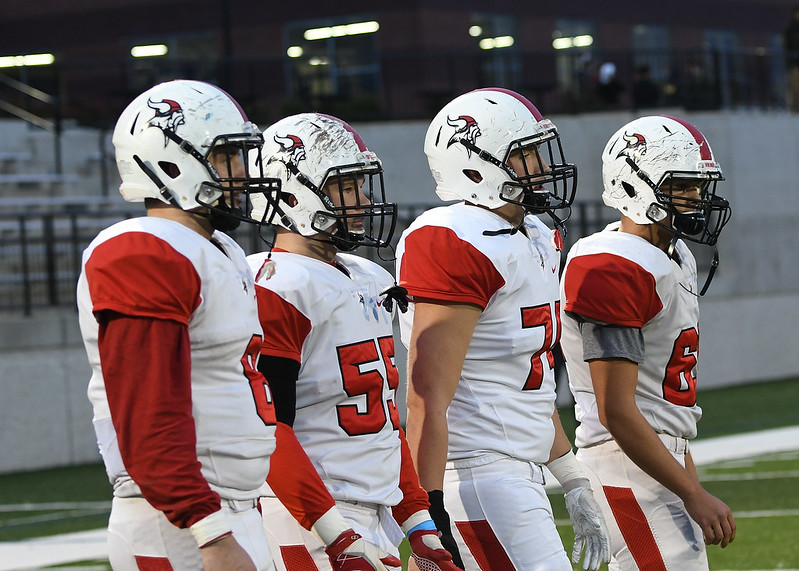 Whitehall had waited a long time for a night like Friday. In their WMC finale, the final year of the historic league in its original format, the Vikings took on their longtime rivals. Montague had dominated this series, capturing every victory since 2014. With their 34-14 win, Whitehall captured their first league title since 1999, and they secured the Bell for approximately 365 days.

In the first quarter, Kyle Stratton got Whitehall rolling with a 20-yard touchdown sprint. Montague would even the score at halftime with a 42-yard burst by Dylan Everett in the second quarter.

The third quarter was also even, with the teams exchanging scores. Whitehall went first, as Stratton found the end zone on a 5-yard carry. Montague would respond with a touchdown pass, as Andrew Kooi found Tugg Nichols on a 7-yard scoring play.

In the fourth quarter, Whitehall seized the moment and finished on a 20-0 run. Two minutes into the quarter, Alec Pruett rushed for a 7-yard touchdown. Three minutes later, Stratton scored his third touchdown of the night, another 5-yard carry. Finally, with two minutes to play, Nate Bolley iced the game with his 8-yard run across the goal line.

After some frustrating losses against their rival over the past few seasons, none more so than the 2020 defeat 34-31 in overtime, it was a moment Whitehall fans have waited for patiently. They now are WMC champions once again, and at 7-1, they are poised for a playoff push. First, they must conclude the regular season, where a potent 7-1 Reed City club awaits. Montague has a challenge to finish as well, with the Portland Raiders on the clock.

Flying G’s Use Big Drives Late to Fend off Falcons 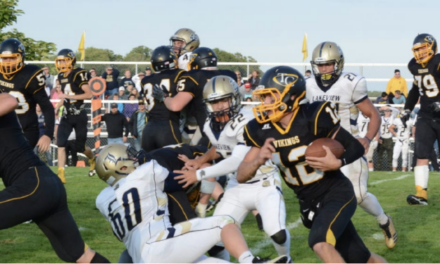 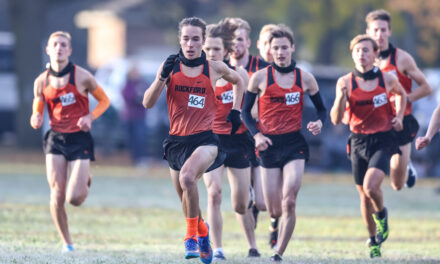