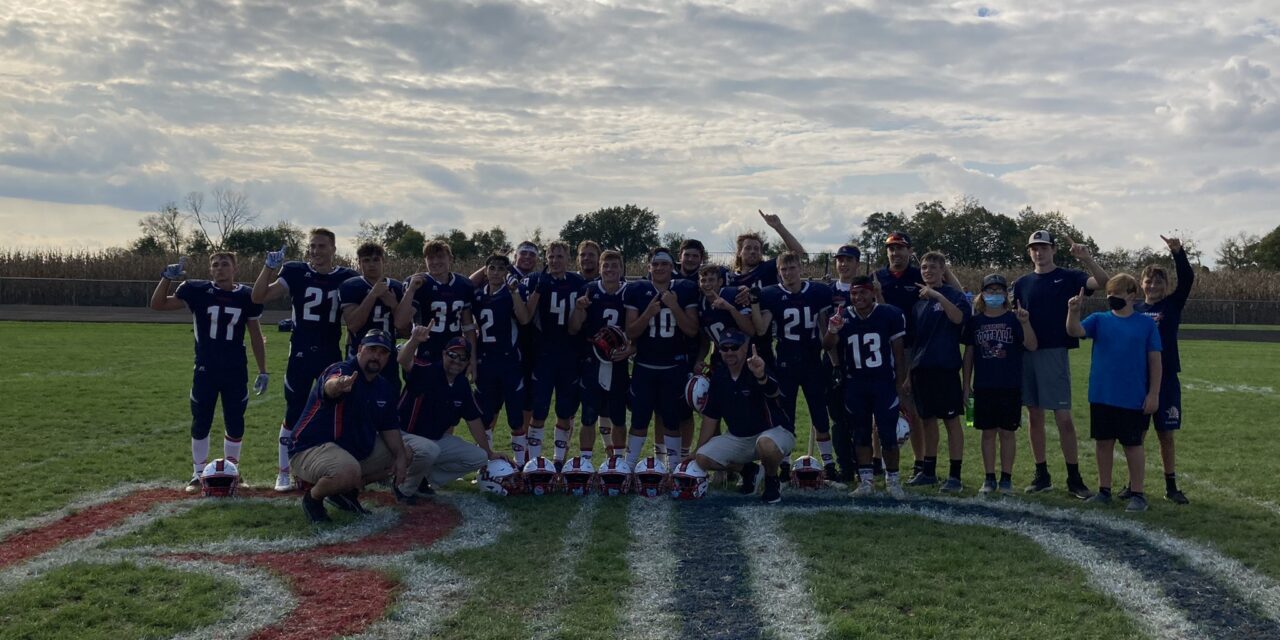 The Britton Deerfield Patriots were looking to secure the first Tri-River championship outright on Saturday, when they hosted Maple Valley. A hot start powered the Patriots to a commanding victory, securing the title with a 61-8 performance.

In the first quarter, Britton Deerfield scored four touchdowns. As has been the case often this fall, Nico Johnson got this offense rolling. He used his legs for the first two scores, finding the end zone on runs of 16 and 47 yards. On BD’s third drive, Nick Wayne joined the scoring column with a 4-yard carry. With eleven seconds left in the first quarter, Johnson found Mason Mueller on a 60-yard touchdown strike. This gave Britton Deerfield a commanding 30-0 lead.

The second quarter saw an extension of the opening frame for Britton Deerfield. Nico Johnson went back to the ground game, using his legs for two rushing touchdowns. He scored on a 29-yard carry early in the quarter, and a 15-yard keeper on their next drive. Just five seconds remained in the half when Johnson tossed his second score, finding Noah McRobert on a 40-yard scoring play. The Partiots took a 54-0 advantage into the locker room.

The running clock limited offensive possessions on both sides. As a result, neither team would score in the third quarter. Maple Valley finally scored in the opening plays of the fourth quarter. Callan Hoefler used his legs to score from 15 yards out, before the Lions added a two-point conversion. Britton Deerfield’s Tristan Johnson rounded out the offensive onslaught with a 15-yard carry.

Britton Deerfield outgained Maple Valley 488-131 in this victory. It was a balanced attack for the Patriots with 250 rushing yards and 238 passing yards. Nico Johnson tallied all 238 passing yards, and he was responsible for 161 rushing yards. Mason Mueller paced the receivers with 133 yards. On defense, Connor Alcock  led the way with nine tackles.

With this victory, Britton Deerfield now sits at 7-0 on the year. They are scheduled to take on Stryker (OH) next week. Maple Valley slides to 2-5 with this defeat. They square off against Webberville.