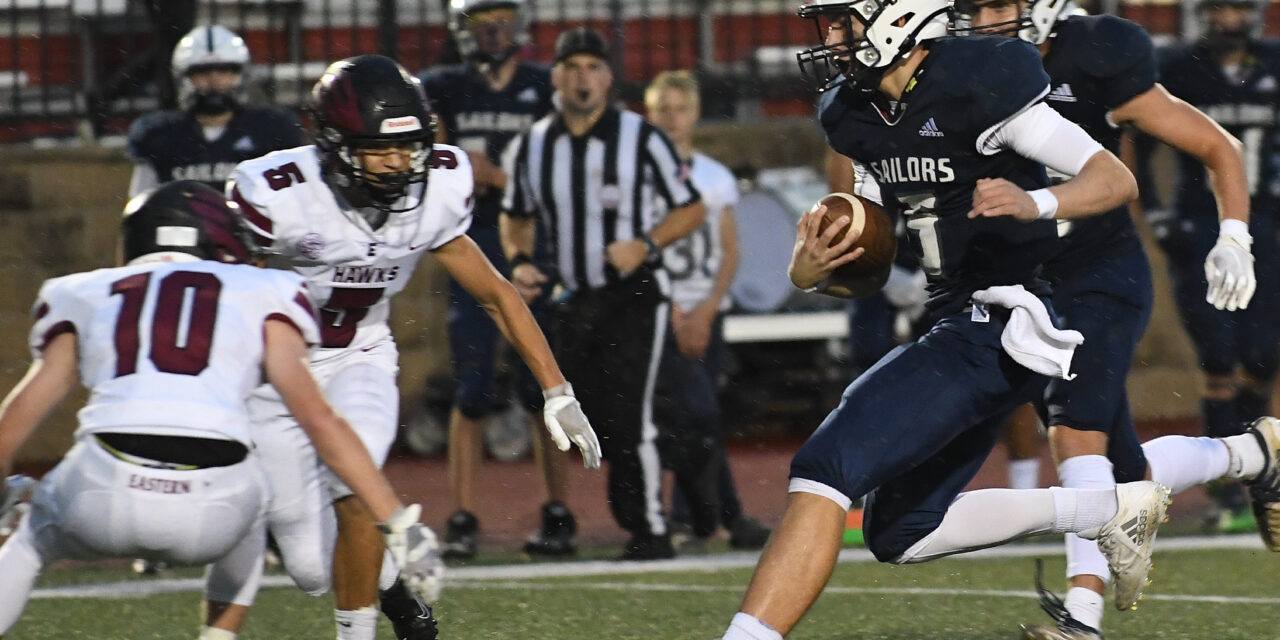 Bryson Kuzdal got things started offensively, scoring on a 31-yard touchdown run for Forest Hills Eastern. Clune VanAndel booted the extra point to put the Hawks up seven on the game’s opening drive. South Christian would respond with a two-minute scoring drive to even the score. Jake DeHaan found Chandler VanSolkema on a 27-yard touchdown pass.

DeHaan and VanSolkema paired up again in the second quarter. Their 38-yard touchdown toss was the only scoring play in the second frame, and it gave South Christian a 14-7 halftime advantage.

South Christian’s defense boosted the score, as they recorded a safety. On the ensuing possession, the Sailors extended the lead. Jake DeHaan found Jace DeMann on a 33-yard toss. Forest Hills Eastern snapped the run with a touchdown pass from Kuzdal to Collin Fridsma.

In the fourth quarter, South Christian provided the only scoring. The Sailors scored twice, once on both offense and defense. Jake Vermaas stepped in front of a pass, turning an interception into a 26-yard score. Chander VanSolkema’s final touchdown run, a 19-yard carry, pushed the final tally to a 24-point margin.

Chandler VanSolkema had 90 rushing yards, but it was Jake DeHaan that led the team with 121 yards on the ground. DeHaan added 152 yards through the air.

Next week, South Christian (5-2) will take on Ottawa Hills. Forest Hills Eastern (3-4) will look to bounce back against Kenowa Hills.