Friday night was the 25th anniversary of Central Montcalm’s historic victory over Shepherd, snapping the Bluejays’ 52-game winning streak in league play. They hoped to dethrone another long reigning champion in Reed City on Friday night, but they were unsuccessful, falling 50-15.

Reed City got things started with the lone touchdown of the first quarter. Noah Morgan, the Coyotes fullback, powered through the defense on a 50-yard touchdown run. A successful conversion brought the score to 8-0.

In the second quarter, Reed City would add two more touchdowns. First, it was Seth Jackson, catching a touchdown pass from Xavier Allen. With thirty seconds to go in the half, Noah Morgan plunged across the goal line from a yard out. Central Montcalm would avoid the first half shutout with a 58-yard Hail Mary pass from Kaleb Crooks to Fisher Hill. The count was 24-8 in favor of Reed City with two quarters in the books.

Reed City would extend their lead in the third quarter. First, Nick Wirgau ripped off an 8-yard run with 6:40 to play in the frame. Later in the quarter, the lead was extended to 36-8 as a result of a 24-yard jaunt from Noah Morgan, his third score of the game.

The Coyotes remain in control of the CSAA Gold, a game ahead of Big Rapids and Tri-County. Reed City finishes conference play with Newaygo and Fremont, who are currently a combined 1-9 in league play and 1-11 overall. Central Montcalm, now 4-2 overall, will return to action next week against Tri-County. 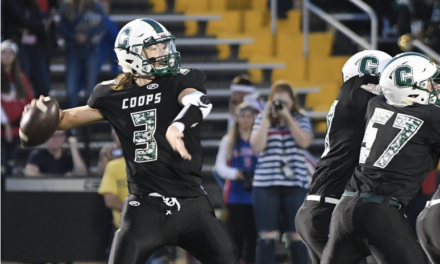 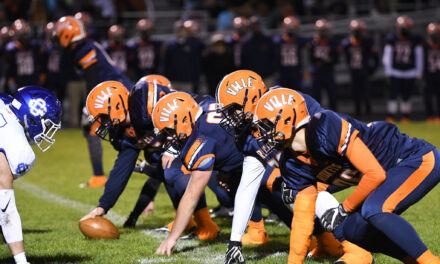