The Frankenmuth Eagles and Freeland Falcons squared off on Friday in a premier matchup. The TVC Central title race appears to be hinging on this particular matchup, and after tonight, Frankenmuth is in complete control of the title race.

In the opening frame, these two teams played to an even draw. Cole Jankowski got across the goal line from a yard out. Freeland evened the count at 7 with a 25-yard touchdown pass from Bryson Huckeby to Alex Duley.

Frankenmuth’s scoring took off in the second quarter, as the team scored twenty-one unanswered points. Cole Lindow battled his way through the Freeland defense all three times, reeling off long touchdown runs. He scored on 7, 43 and 56 yard sprints to give the Eagles a 28-7 lead.

Sam Barger pushed Frankenmuth’s lead with a 17-yard score to start the third quarter. Garret Pistro stopped the bleeding with a 30-yard touchdown run that capped off a 7-play, 68-yard march downfield. Cole Jankowski tossed his first score, as he found Drew Titsworth on a 38-yard touchdown pass. The ‘Muth now sat ahead 42-14 with one quarter to play.

In the final frame, each team scored once. Cole Lindow continued his strong day with a 61-yard bolt to the end zone. Bryson Huckeby scored for Freeland on a 1-yard plunge.

Frankenmuth is now 5-0, and they are in the driver’s seat for the TVC Central title. They will take on Bridgeport in their next conference game seven days from now. Freeland is now 4-1 after this defeat. Next Friday, they will face Bay City John Glenn. 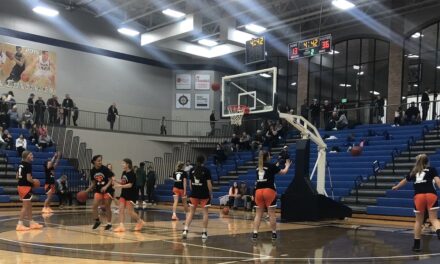 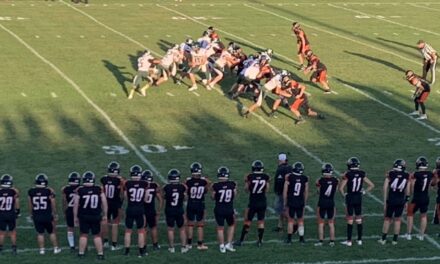