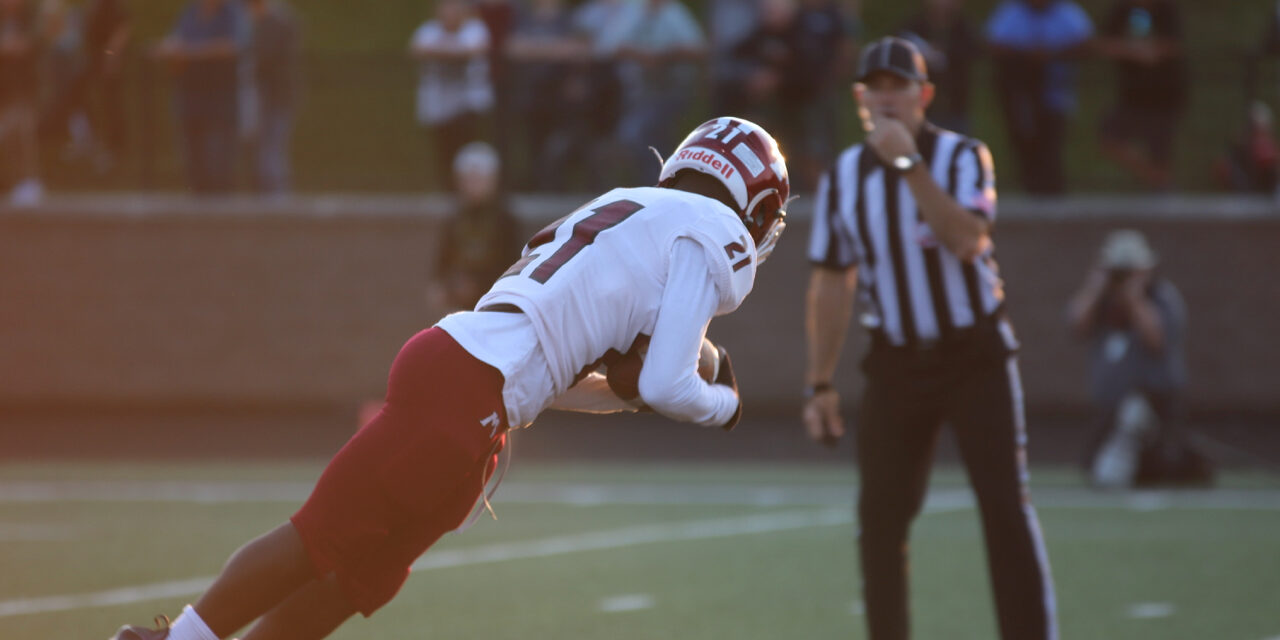 The Muskegon Big Reds entered Week 3 in an unfamiliar spot. Last week, they were thoroughly beaten in all facets, something that Muskegon is accustomed to making other opponents deal with. This week, they had no time to feel down, as they were set to take on Coach Shillito’s Dux and their patented T-offense. A fourth quarter surge delivered a 28-20 victory for the Big Reds.

Muskegon wasted no time in scoring, as they struck for six points on the first offensive play from scrimmage. Damari Foster bolted down the sideline for a 54-yard touchdown run, giving the Big Reds a 6-0 lead.

Zeeland West would respond when Pierce Walker intercepted a Big Reds’ pass. This set up a 25-yard touchdown run by Parker Holman that tied the game at 6. Neither team would score the rest of the first, second or third quarters.

In the fourth quarter, the Dux took the lead. Cade Overweg powered across the goal line from 3 yards out, and a successful conversion gave Zeeland West a 14-6 advantage. Myles Walton responded by tossing a long pass to Jeremiah Dault that set up a short touchdown run by Jakob Price.

After getting a stop, Muskegon was able to jump ahead of the Dux. Destin Piggee got the ball on a jet sweep, and he ran 32 yards through the defense and into the end zone. Jakob Price would add a 77-yard sprint to the end zone to create some insurance on the scoreboard, the Big Reds now ahead by fourteen.

With thirty seconds to go, Zeeland West got on the scoreboard. Trevor Wallar and Skyler Geurink paired up on a 15-yard touchdown pass, trimming the deficit to eight points. Muskegon was able to recover the onside kick and sealed the victory.

Muskegon (2-1) will take on Union next Friday. Zeeland West will tangle with Mona Shores in their next game.