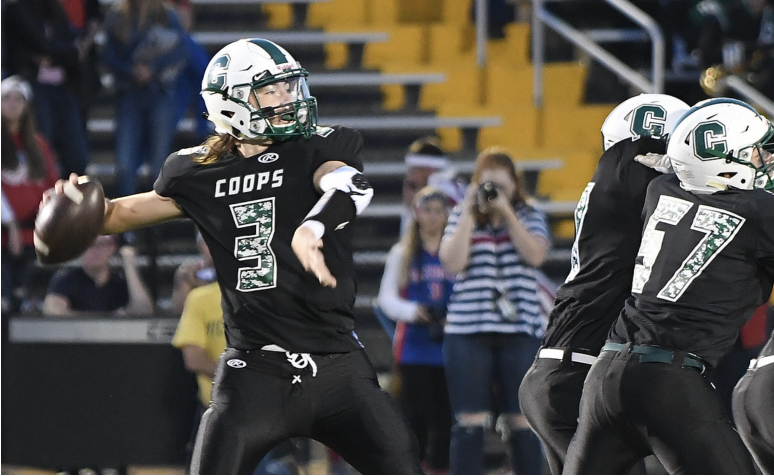 Last week, the Coopersville Broncos won their first season opener since 2017 when they beat Big Rapids. This week, they pitched their first shutout since 2009, blanking Wayland 42-0.

Just eighty seconds into this game, Coopersville got on the scoreboard. Dylan Merlo powered his way through the defense and across the goal line for a 5-yard touchdown run. Just moments later, they had another big play, this time on defense. Ryan Serba was able to come up with a fumble for the Broncos, and two plays later, he caught a pass from Colton Bosch for a touchdown.

Dylan Merlo scored his second touchdown of the first quarter on Coopersville’s next possession, and when he crossed the goal line yet again four minutes later, it was 28-0 Coopersville with four minutes remaining in the opening frame. He wasn’t nearly finished, adding two additional scores in the first half, extending the lead to 42-0.

In the second half, the running clock was ticking, and neither team was able to score. As a result, Coopersville moves to 2-0 for the first time since 2017. The Broncos have continued to ride the wave of momentum they experienced at the end of last season. They will begin OK Blue play next week when they host Fruitport, an experienced team in their own right.

As for Wayland, the Wildcats slide to 0-2 on the season. Their offensive woes continued, as they have mustered just six points in eight quarters of football this fall. OK Gold play will start next week at home against Kenowa Hills.