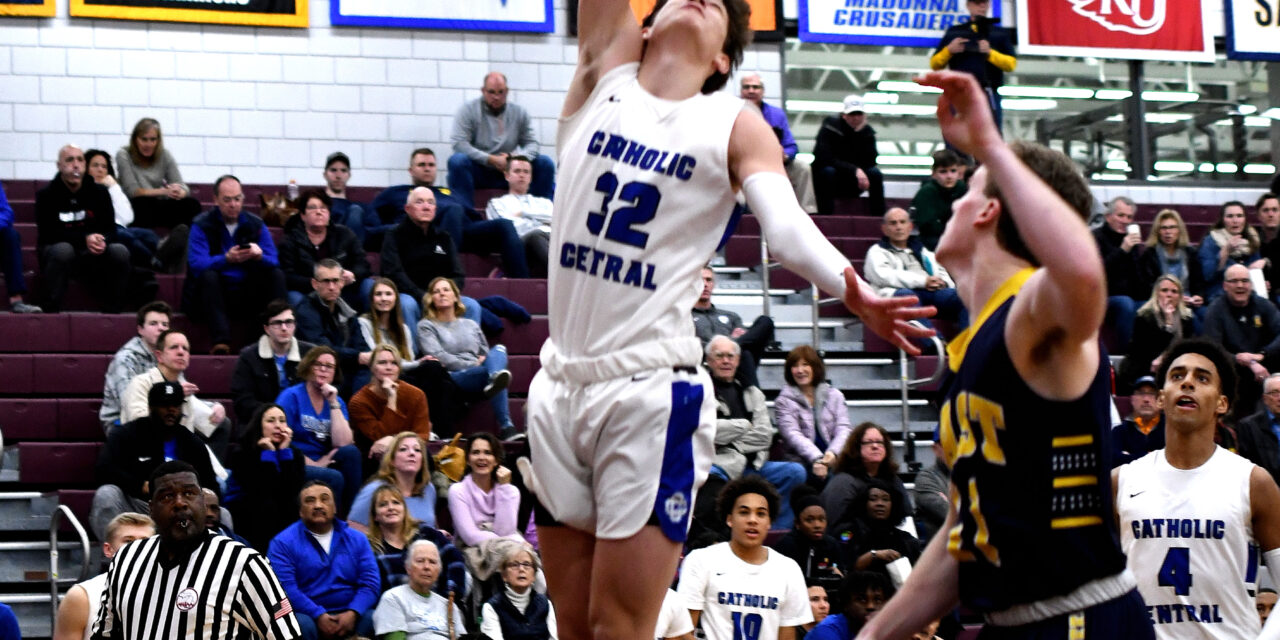 Forest Hills Northern 53 Zeeland East 49: The Huskies and Chix battled throughout the night, with FHN capturing the regional title while dealing Zeeland East their first loss of the year. In the first quarter, the Chix raced out to an 18-7 advantage, hitting four triples. FHN responded with 20 points in the second quarter, trimming the deficit to five at 32-27. The influx of offense continued, as 21 points in the third frame gave FHN a 48-47 lead. Defense was the name of the game in the fourth quarter, and the Huskies held Zeeland East to two points on their way to victory. Trinidad Chambliss led FHN with 20 points, while Ethan Erickson chipped in 16. Brandon Claerbaut (14), Nathan Claerbaut (11) and Trip Riemersma (10) were a trio of double-digit scorers for the Chix.

Escanaba 41 Ludington 38: The Eskymos secured a regional championship, besting Ludington in a closely contested ballgame. Escanaba led 13-8 after the first quarter, but a Ludington advantage in the second quarter brought the Orioles within two at halftime. The Eskymos took a 35-32 lead into the fourth quarter, and the defenses came to play. Both squads only scored six points, meaning Escanaba would emerge as three-point winners. Ludington had a tying three-point shot at the buzzer, but it fell off the mark. Brandon Frazer led Escanaba with 10, while Connor Smale and Erik Victorson each chipped in 9. David Shillinger paced Ludington with 22 points, while Peyton LaCombe tossed in 10.

GR Catholic Central 97 Coopersville 75: Two of the area’s most fast-paced offenses did not disappoint in the regional finals. The Cougars nearly reached the century mark in an impressive display of offense. GRCC led 32-15 at the end of the first quarter, and after a nearly even second quarter, they took a 51-33 advantage into the locker room. In the second half, GRCC outscored Coopersville by four points. KK Brown led the Cougars with 29 points, while Jorden Brooks chipped in 20.

Benton Harbor 66 Hopkins 59: The Tigers got all they could handle from Hopkins in the regional championship game. The Vikings fought hard in the first half, but they trailed 26-22. Hopkins edged a bit closer, moving within five at the conclusion of the third quarter. Though the Vikings had it within a point in the second half, some clutch shooting helped the Tigers stave them off. Colin Weber scored 19 points to lead Hopkins.

Covenant Christian 70 North Muskegon 38: The Covenant Christian Chargers secured a regional championship on Thursday night, facing little resistance from North Muskegon. After a 14-8 first quarter edge, the Chargers scored 18 points to create a fifteen-point halftime lead. Holding North Muskegon to nine points in the second and third quarter allowed Covenant to continue to push the lead out, and they were up by 23 points entering the final frame. In the fourth quarter, their offense scored 21 points, a game high for a single quarter, extending the final tally. Evan Engelsma led the Chargers with 14 points, while Zack Gritters tossed in 13 points. Evan Koole (11) and Jonny Kuiper (10) joined them in double figures. Troy McManus led NM with 9 points.

Tri-Unity Christian 60 Marcellus Howardsville Christian 32: It started out close, but in the end, the Defenders captured the regional championship on Thursday night. In the first quarter, they led 13-11. They built on that lead, and they were able to comfortably win the ballgame. 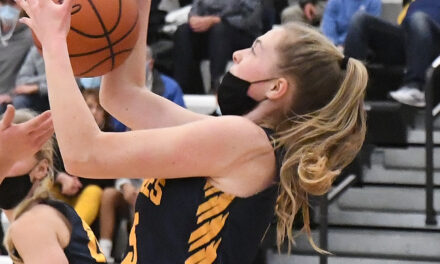