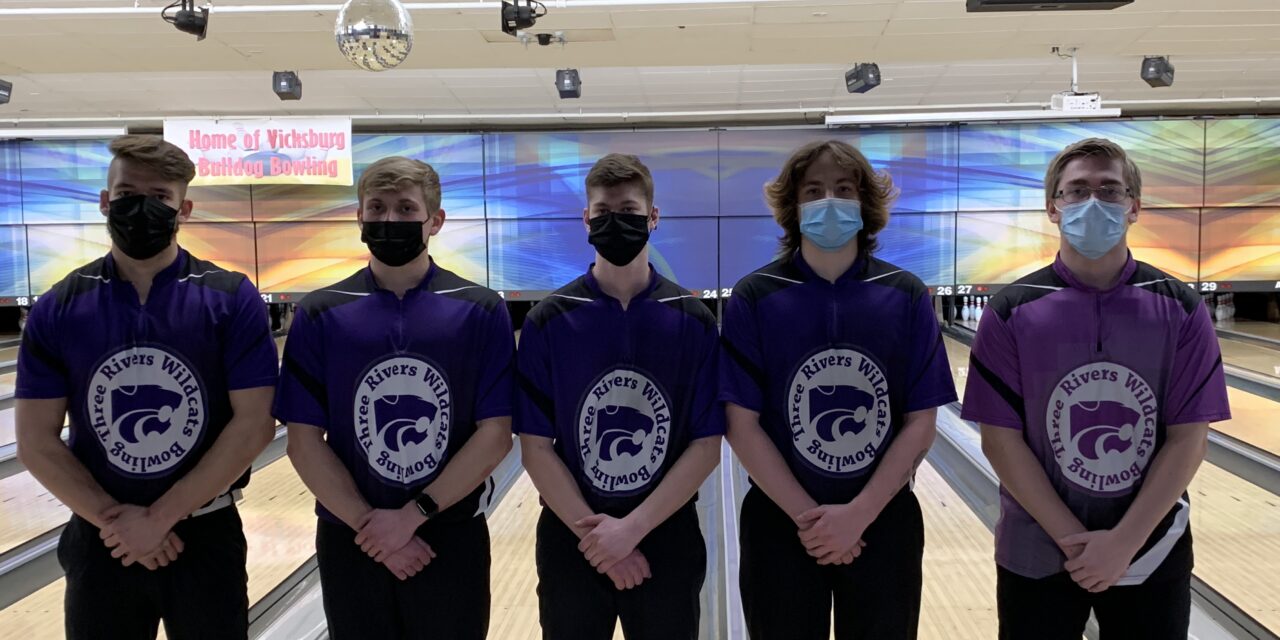 The Bowling regular season is winding down, with regionals on the horizon on March 19-20. A recap of some late season action:

Caledonia 21 Grandville 9: The Fighting Scots put together a strong performance to top Grandville. Ayden Sulzener (227), Nick Dykstra (232) and Parker Dekubber (235) led Caledonia to this victory, as they topped Grandville by 255 pins.

East GR 27 Greenville 3: The Pioneers dominated Greenville in OK White action. Finn Moher posted a 213-204 series, while Corbin Olsson’s 251 single game was the best on either side. Greenville was led by Anthony Mangold (235).

Frankenmuth 29 Saginaw Nouvel 1: The Eagles cruised to a victory over Nouvel in a TVC crossover match. Cameron Sever led the ‘Muth with 203, Alec Martin added a 200 game, while Hunter Garchow added a 190-180 series.

Unity Christian 16 Reeths Puffer 14: The ‘Saders battled against Puffer, taking down the Rockets late in the match. UC led 6-4 after the Bakers, and they got 195 from Tanner Pitsch and a 189 from Ryan Shinabery to win the match.

Vicksburg 17 Mattawan 13: The Bulldogs edged the Wildcats on Saturday. Eric Wheeler posted a 161 for Mattawan, while Charlie Johnson added a 162.

East Kentwood 21 Jenison 9: The Falcons beat the Wildcats in OK Red action as Parker Lovejay set the pace with a 247. He followed up with a 193-point effort. Seth Parrow shot a 206-249 to lead Jenison in defeat.

Frankenmuth 28 Saginaw Nouvel 2: The Eagles topped the Panthers in a TVC crossover bowling match. After sweeping both Baker games, they continued their roll in the individual games. Jozie Felske led the ‘Muth with 164-134, with Tia Bierlein (127), Katie Deal (122) and Hannah Brown (107) adding strong performances.

Grandville 18 Caledonia 12: The Bulldogs defeated Caledonia in the regular season finale for the Fighting Scots. Alexa Baker (188-155) paced Grandville, while Kala Bisterfeldt (181-183) was the top scorer for Caledonia.

Greenville 26.5 East GR 3.5: The ‘Jackets dominated the Pioneers in the lanes. Kellsey Green posted a 387 series while Genesys Noble added a 335 series. Anna Edleman (278) and Laura Hulburt (268) led the Pioneers in scoring.

Greenville 27 Forest Hills Northern 3: The ‘Jackets defeated FHN in a conference battle. Kellsey Green led the way with 179, while Hailey Gillmer added a 169.

Hudsonville 23 Grand Haven 7: The Bucs lost to the Eagles in OK Red action. Morgan Blouw led Hudsonville with a 235, while Alexis Thompson scored a 215 for Grand Haven.

Mattawan 27 Portage Northern 3: The Wildcats had little trouble finishing their regular season with a win over Portage Northern. Janelle Wheeler led Mattawan with 174, while Mackenzie Pierce posted a 169.