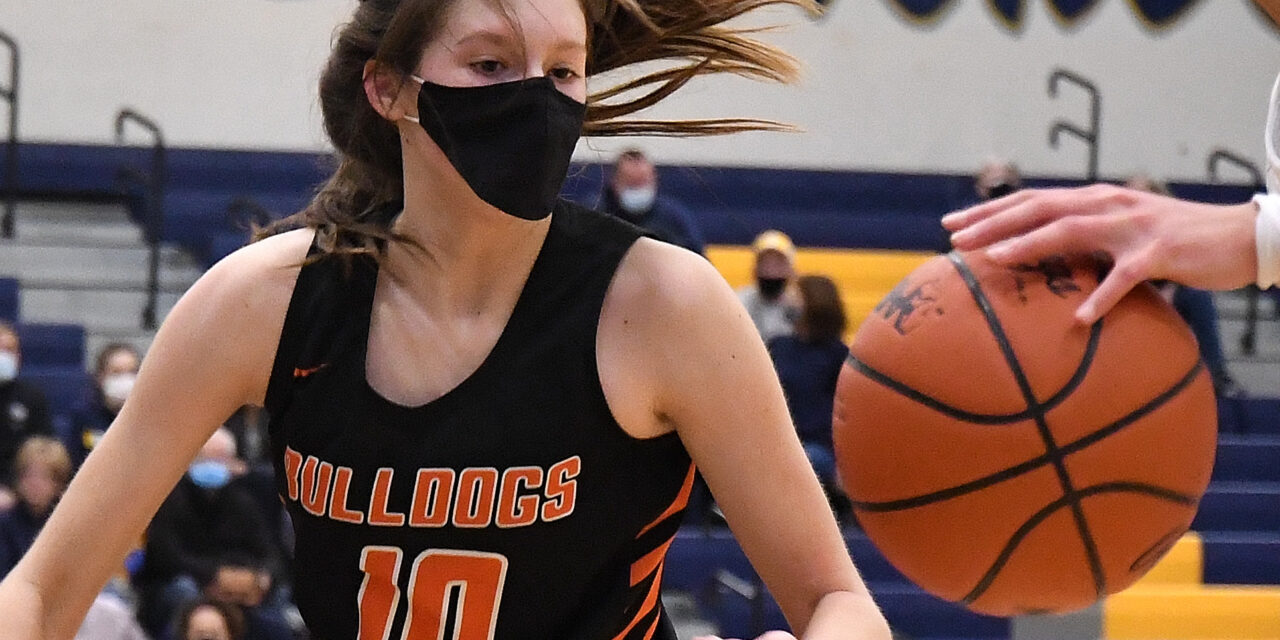 Frankenmuth 50 Freeland 37: The Eagles topped the Falcons on the road in TVC play. Ryan Brenner had 15 points, 6 steals and 4 rebounds, while Ben Reinert posted a double-double with 13 points and 10 rebounds. Bryson Huckeby led Freeland with 12 points.

Godwin Heights 62 Covenant Christian 59: The Wolverines remain unbeaten, but not without a fight on Thursday night. They got all they could handle from the Chargers, winning by three. Jakhary Towns had 21 points to lead Godwin.

Hart 72 Fruitport Calvary Christian 62: The Pirates earned a non-league victory, getting the best of Fruitport Calvary. They got out to a 21-9 first quarter lead, and pushed their lead to as many as 27 points. Parker Hovey (18), Tony Rayo (11), Zach Bitley (10) and Kohen Porter (10) all finished in double figures for Hart.

Orchard View 71 Muskegon Heights 37: The Cardinals move to a perfect 11-0 with a victory over the Tigers. Orchard View got out to a 16-5 lead after the first quarter, and a 21-3 third quarter extended their lead. Ke’ontae Barnes finished with 31 points, 10 rebounds and 5 steals. He is now 74 points away from the school scoring record. Jay Jay Tunstull added 12 for Orchard View.

Tri-Unity 68 Holland Calvary 38: The Defenders remain atop the Alliance League with this victory. They are 5-0 in conference play, sitting a game ahead of Potter’s House in the standings.

Whitehall 63 Montague 44: The Vikings topped their WMC rival to capture another league victory. Whitehall built a 19-8 lead after the first quarter, and used a 26-11 third quarter edge to create a bigger lead. Offensively, Whitehall shot 41% from the field, while Montague shot 26% from the floor. Drew Collins led Montague with 13 points.

Wyoming 73 Holland 70: The Wolves edged Holland to capture a victory. Ramere Draper had another phenomenal game for Wyoming, as he scored 34 points and collected 14 rebounds.

Zeeland East 61 Reeths-Puffer 49: The Chix secured a win in OK Green play against the Rockets. Trip Riemersma had 16 points and 5 assists, Nate Claerbaut added 15 points and 11 rebounds, and Brandon Claerbaut had 11 points.

Zeeland East 59 Reeths-Puffer 53: The Rockets and Chix played a tremendous basketball game, with Puffer overcoming a five-point deficit after the third quarter to force overtime. In the extra period, Zeeland East outscored Puffer 11-5 to get the victory. A key to this comeback was a 21/25 showing at the charity stripe by the Rockets. Sophia Hekkema led Puffer with 15 points, 8 rebounds and 5 assists. Ariel Walker added 13 points.