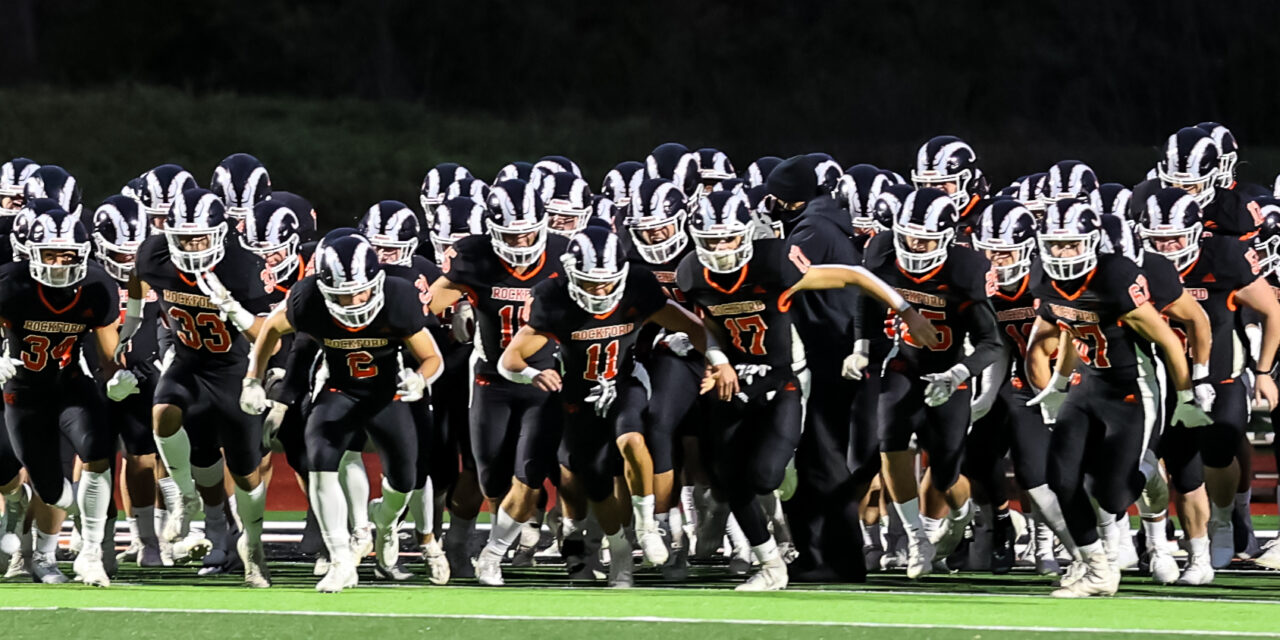 The Rockford Rams and Hudsonville Eagles did not get a chance to meet in the regular season as a result of COVID-19 cancelling the first three weeks of the season. They were set to meet in the third week of the original season. This week, they finally squared off with a district finals berth on the line. Rockford showed their strength as a team as they scored the first thirty-five points of the game in a 42-7 rout over Hudsonville.

Zak Ahern and Brock Holwerda paired up for the game’s first touchdown. Their six-yard pass came with just under two minutes to go in the first quarter, and Jackson Burkholder booted the extra point to make it 7-0 Rams.

After a scoreless second quarter, Rockford’s offense started to click in the third. Ahern tossed a trio of touchdowns. First, he found Caden Currie on a sixteen-yard score. He would then find Calvin Kibbe twice in the end zone, from fifteen and sixteen yards respectively. This display of passing helped Rockford build a 28-0 cushion heading into the final quarter of play.

Ahern threw his fifth touchdown in the fourth quarter when he and Holwerda paired up once again. Hudsonville would finally get on the board with a short touchdown run by Trevor McEachern, turning off the running clock. In the game’s closing minute, Rockford’s Justin Droge intercepted a pass and returned it to the end zone for a score.

With the victory, Rockford will be in next week’s district title contest. They will host the Grandville Bulldogs, who toppled Traverse City West 35-0 on Friday night. These two teams met in the regular season finale, where Rockford won 28-8. 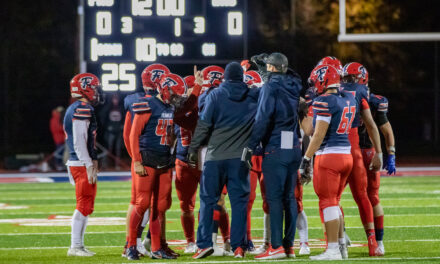