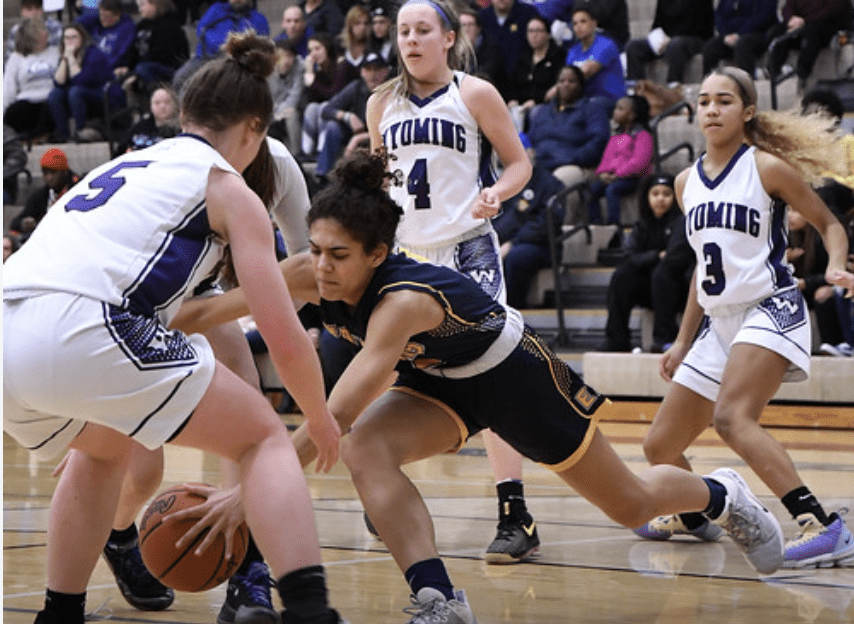 It was another full slate of girls basketball in West Michigan this week. We recap games that we covered, as well as preview what’s ahead:

After six straight road games, and five straight defeats, Caledonia was thrilled to be playing in front of a home crowd on Friday night. The Orange Out for Cal vs. Cancer was providing an electric environment for the girls, who surpassed last year’s win total with the 34-26 victory over Grand Haven. Abby Mitchell led the way for Caledonia, as she had 10 points and 15 rebounds. This week, they will host Grandville on Tuesday before hitting the road on Friday to face East Kentwood.

The Lady Hornets swept both conference games this week to move their record to 7-4. On Tuesday night, they defeated Reed City 66-34. It was a stellar offensive showing, as Central Montcalm hit ten three-point shots and collected twenty-one offensive rebounds. Bailey Vissman led the way with 13 points and 5 steals. Bre Collins also finished in double digits with 12 points. On Friday night, the Lady Hornets took down Tri-County 63-50. This game saw Central Montcalm jump out to a 25-11 first quarter lead, and they never looked back. Once again, it was Vissman leading the way, this time with 25 points. Anna Loew attacked the glass with 11 rebounds to go along with her seven points. This week, Central Montcalm steps out of league play for a game against Covenant Christian on Tuesday, before visiting Grant on Friday.

Make it nine in a row for the Pioneers. East Grand Rapids completed another unbeaten week to move their record to 11-1, with that defeat against undefeated Hudsonville as the only blemish. This week, EGR hosted Grand Rapids Christian and they took care of the Eagles by the score of 64-40. On Friday, it was a road trip to Wyoming, and they saw a similar result. The Pioneers faced little resistance in a 69-40 victory. This week, the Pioneers have a pair of road games. On Tuesday, they step out of the OK Gold to take on Forest Hills Central. Friday pits them against Middleville, as they visit the 7-4 Trojans.

The Rangers split their two games this week. On Tuesday, they took down Ottawa Hills 75-42. Three days later, they were defeated by a tough Forest Hills Northern team by a score of 58-55. This puts FHC a game behind FHN in the OK White standings. The schedule doesn’t let up for FHC this week, as they host 11-1 East Grand Rapids on Tuesday. Friday sends the Rangers on the road, as they will play Northview in a conference game.

It was a big week for South Christian. They completed a sweep of conference foes to even their record at 5-5. On Tuesday, the Sailors went on the road and defeated Middleville 58-53 in a fantastic game that needed overtime to decide the winner. Three days later, South Christian was at home against Wayland. The Wildcats were no match for South Christian, as the Sailors took a 54-39 victory into the weekend. This week, they will have a pair of league road games. Tuesday will bring a road trip to Forest Hills Eastern, and Friday will be a journey over to Grand Rapids Christian.

It was a tough week for the Rockford girls basketball team, as they dropped their two meetings this year. On Tuesday, they fell to East Kentwood on the road in a 55-47 game. Three days later against undefeated Hudsonville, the two teams played to double overtime before the Eagles won 45-44. Megan McCauley led the way with 14 points for the Rams. This week, it’s just one game for Rockford, as they travel to West Ottawa for a Friday conference game. 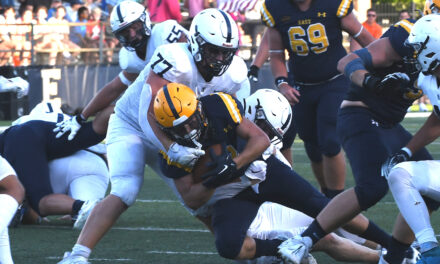